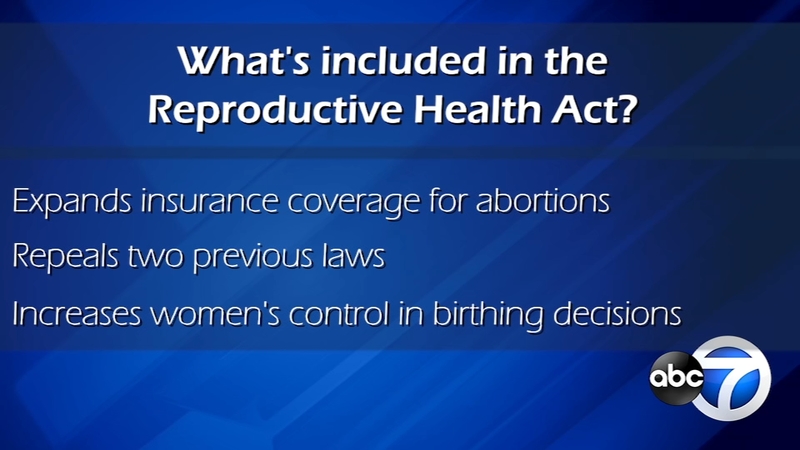 On June 12, Governor JB Pritzker signed the Reproductive Health Act into law, greatly expanding access to abortion in the state of Illinois. But what exactly does that mean?

Governor JB Pritzker signed the Reproductive Health Act into law on June 12, 2019, expanding abortion rights and access in the state of Illinois.

What is included in the bill?
The bill contains several affirmations, new insurance requirements, and repeals of two old laws that have not been enforceable in the state.

What laws got repealed by the RHA?
The RHA repealed both the state Partial Birth Abortion Ban Act and the Illinois Abortion Act of 1975.

The Illinois Abortion Act of 1975 specifically imposed felony penalties on doctors who provided abortions. While the act had been largely blocked by courts in Illinois, the RHA took the regulation of abortion out of the criminal code and affirmed abortion services are health care.

Does the RHA require women to have abortions?
No. The RHA both protects a woman's right to have an abortion and to refuse an abortion.

The Partial Birth Abortion Ban Act of 2003 includes an exception for when the life of the mother is at risk. The Supreme Court holds that states may prohibit abortion after fetal viability as long as there is an exception for the health, both mental and physical, and life of the mother. The legal standard of viability varies and is typically decided on an individual basis.

Will the RHA be challenged?
Anti-abortion groups have vowed to fight the law.

"As the pro-life people in Illinois, we will not be silent, we will move forward," said Mary Kate Knorr, executive director at Illinois Right to Life Action, the day that Pritzker signed the RHA into law.

What comes next?
Abortion rights advocates in Illinois said their next step will be to challenge the Parental Notice of Abortion Act of 2013 that requires health care providers to alert an adult family member 48 hours before performing an abortion on any patient under the age of 18.