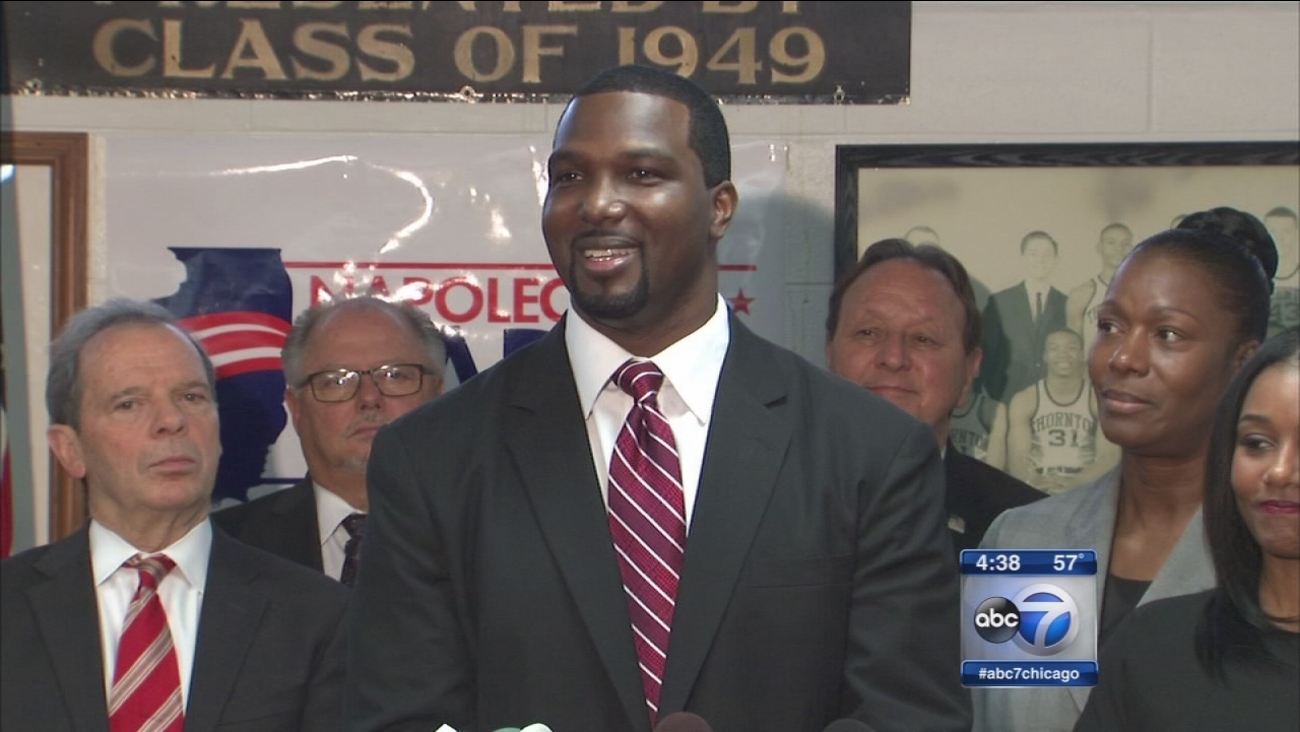 "This is the place that embraced me when I had nothing but a dream," State Sen. Harris said.

"With the support of these men behind me, there's no question that I'm going to be very effective and be the next United States senator," Harris said.

"The more people in the Democratic Primary talking about the fact that Mark Kirk has not done his job as a Senator," said Rep. Tammy Duckworth, D-U.S. Senate candidate.

Congresswoman Tammy Duckworth, who also is running for the U.S. Senate welcomed Harris into the primary campaign, as did Andrea Zopp - the former Urban League president who touted her candidacy as the only non-politician in the race.

"I have a track record of getting results on the issues that matter to working families in Illinois and I think that's what voters in Illinois are going to respond to," Zopp said.

The south suburbs - where Harris grew up and now represents in Springfield - generate more African American Democratic votes than any comparable region in the state.

"Napoleon lives here and he's our guy because of his presence in our community," said Frank Zucarelli, Thornton Twp. Democratic Committeeman.

Harris did not appear concerned that he and Zopp could split the black vote.

"I think it's going to be important for the people to decide. That's what makes the race, makes it the democratic process," Harris said.

"I haven't thought about why he decided to run. That's his decision. I'm focused on my race," Zopp said.

Senator Kirk is unopposed in the Republican primary.