Pope Francis ended his two-day visit to New York City with an evening mass at Madison Square Garden for 20,000 worshippers.

NEW YORK (WLS) -- Pope Francis had a busy itinerary on Friday in the Big Apple, with trips to the United Nations and 9-11 Memorial, and is ending the day with a Mass for thousands at Madison Square Garden.

The mass started at about 5 p.m. Central Standard Time. Twenty thousand people from around the world, many visiting the U.S. for the first time, are at Madison Square Garden for the Friday evening mass.

Some Chicago area residents also made the trek to see Pope Francis.

"I went to go see him over in Rome and I just loved seeing him there," said Rachelle de la Cruz, of suburban Glenview. "So, I thought that if he was going to be on our home turf, this is a monumental time to go see him."

On his second day in New York City, the pope started his day at the United Nations, where he told the General Assembly that leaders must support global human rights and fight to combat climate change.

"Any harm done to the environment, therefore, is harm to humanity," Francis told the UN General Assembly.

The pope then proceeded to Ground Zero where he met with families of 9-11 victims, laid a rose on the memorial and led an inter-faith prayer service. His is the first pontiff to visit the 9-11 Memorial.

Pope Francis also visited a school in East Harlem before traveling through Central Park, where thousands lined the route to catch a glimpse of him. Only people who won a ticket in a raffle could attend the Central Park tour.

Once mass is completed, he will head back to the Upper East Side townhouse where he is staying while in New York City. 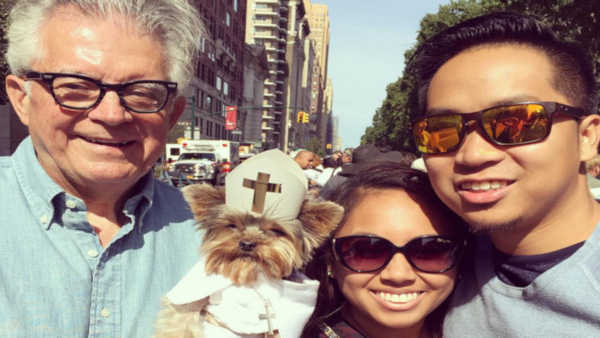 The best Pope accessories you will see all day 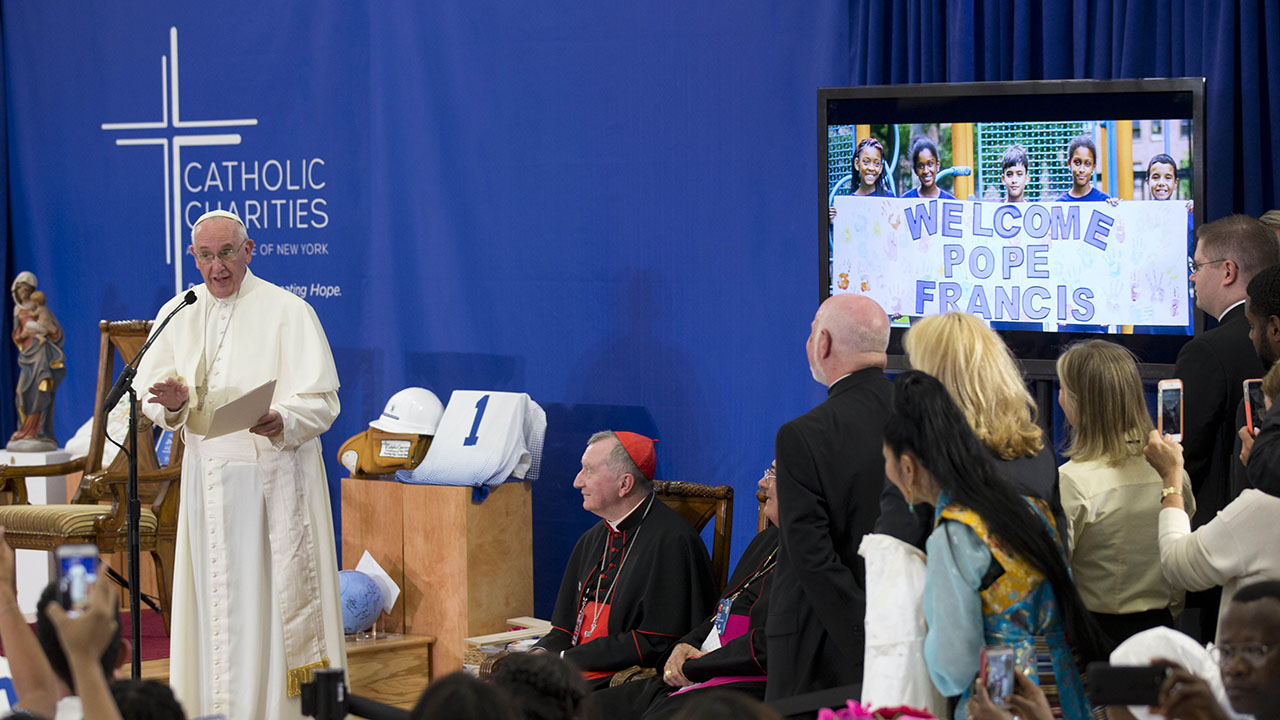 Pope Francis' remarks at the Our Lady Queen of Angels School 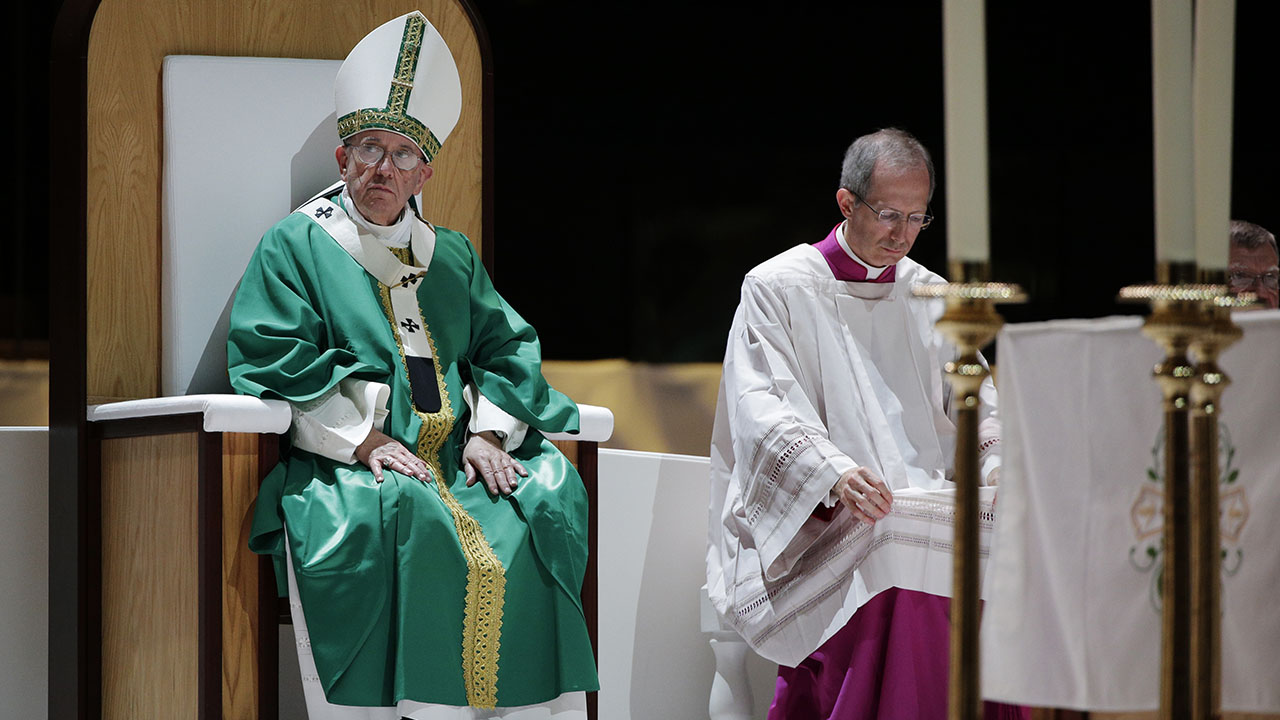