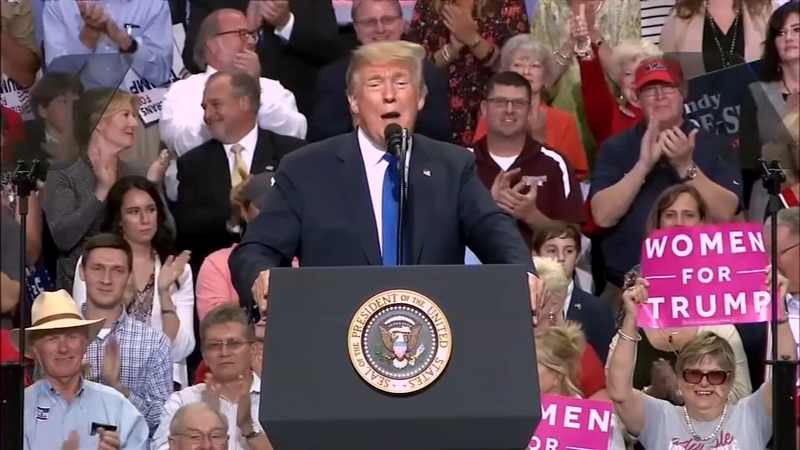 After calling Dr. Christine Blasey Ford a "credible" witness just days ago, Present Trump unleashed on her at a rally in Mississippi with the crowd cheering behind him.

Victim advocates Yesenia Maldonado and Lillian Cartwright say that kind of rhetoric sends a powerful, and problematic, message to survivors.

"It does, I believe, drive survivors back behind closed doors," said Cartwright, director of education and training at Chicago based rape crisis organization Resilience.

"You've just experienced the biggest trauma in your life and you're hearing the leader of our nation saying that it's not believable or that it's not credible," Maldonado said.

In the Mississippi crowd and at home young boys and men heard the president mocking a woman who says she was sexually assaulted.

Cartwright said those words essentially tell boys, "that their behavior towards girls or women will be excused."

Instead of saying, "your behavior has consequences and you have a choice whether you choose to harm someone or not," Maldonado said.

Because these advocates say belief matters.

If you're dealing with trauma from sexual violence or need help please feel free to use these resources: