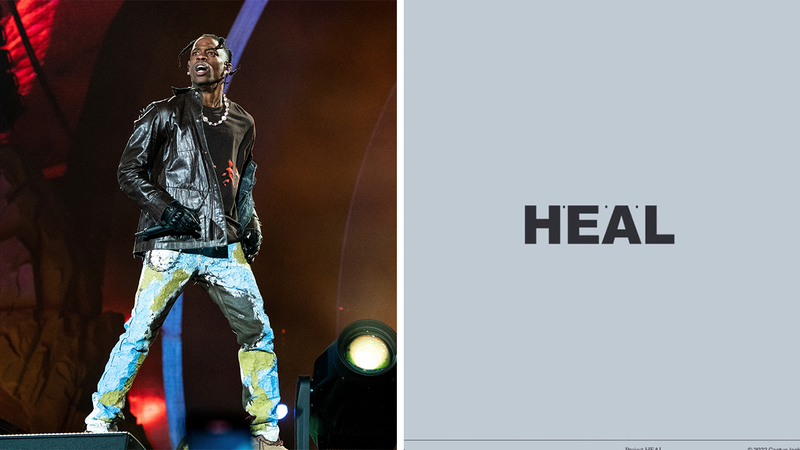 HOUSTON, Texas -- Rapper Travis Scott returned to social media Tuesday night for one of the first times since 10 concertgoers were killed in the Astroworld disaster in November of 2021.

HEAL -- That's the name of his new project focused on event safety. He said he's investing $5 million in communities in Texas. Historically-Black colleges and universities in the Houston area could benefit too.

In a post on Instagram, Scott said he feels as a leader in the community, he needed to step up.

"Over the past few months I've been taking the time and space to grieve, reflect and do my part to heal my community," Scott said. "Most importantly, I want to use my resources and platform moving forward towards actionable change. This will be a lifelong journey for me and my family."

Project HEAL has four pillars meant to help young people -- especially those who are from marginalized and at-risk communities -- through scholarships, free mental health services and technology, which is the part that's geared toward event safety.

It starts with granting $1 million in scholarships to seniors at HBCUs through a fund named after Scott's grandfather, Waymon Webster. Webster was an alum of Texas school Prairie View A&M, and he also taught there.

Prairie View A&M and Texas Southern University are among the HBCUs Scott has supported before.

Also in Houston, part of Project HEAL will include a seven-figure expansion of the Cactus Youth Design Center - a multi-use space for students in the East End. Scott unveiled the center just before Astroworld in November.

Fans waited for months to see Travis Scott at Astroworld. But the concert turned into a deadly tragedy. "Astroworld Aftermath" shows you what really happened that night.

As for what Scott hopes to change with large-scale live events like his own, the project says it wants to bring together people from technology, government, emergency response and more to look at the challenges large events bring.

It's supposed to end with a report of recommendations given to the mayor of any city hosting a big event like a festival.