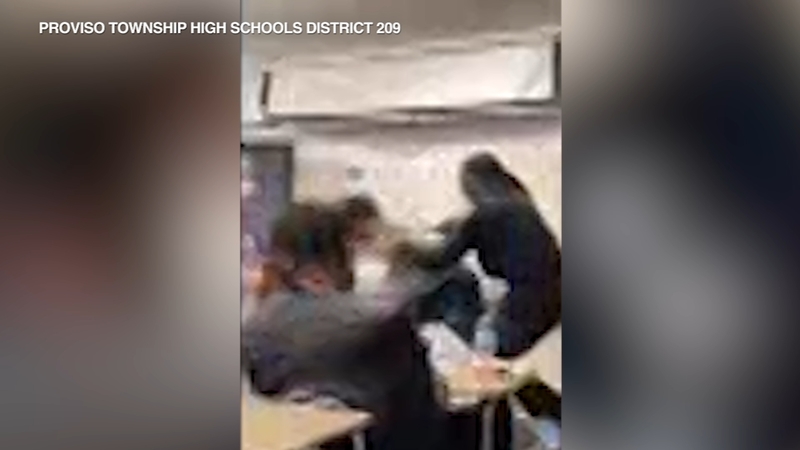 Grainy video released Friday night by the district shows the employee grab and throw the student to the ground in a classroom in an "unprompted assault."

"I am extremely disappointed, no -- I'm upset by what transpired today. No adult should ever put their hands on a child in that manner - especially not in a school setting," Supt. Dr. James Henderson said in a written statement.

Henderson said he directed school staff to contact authorities immediately and the assailant was taken into custody. He will not be allowed back on school grounds.

The school's initial statement said the offender was a school resource officer, but the Hillside Police Department said the assailant is not a certified Illinois police officer. The district said its investigation will continue.