Police say the suspect is a 24-year-old man who was already wanted on another charge before he was taken into custody.
KTRK
By Jeff Ehling 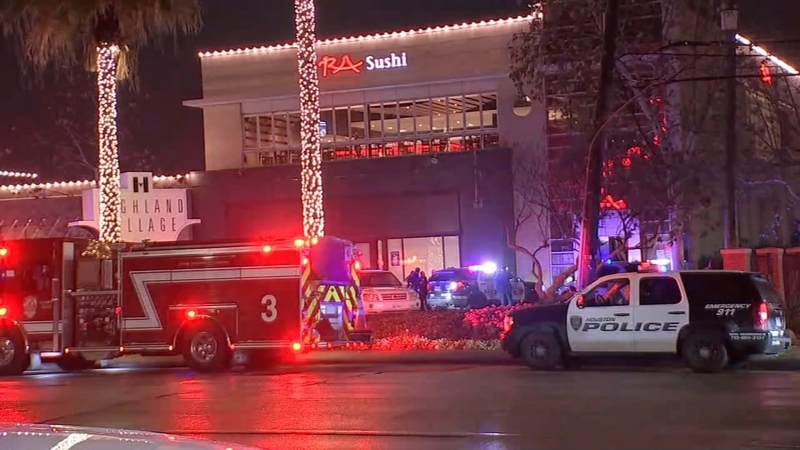 HOUSTON, Texas -- Some quick-thinking customers, who also have some fighting chops, took down a man with a gun at Ra Sushi in Texas late Monday night, police said.

It happened around 11:30 p.m. when police say a panic alarm went off at the Highland Village restaurant and they also received witness calls for a shooting in progress.

When officers arrived, a suspect was already in custody but not by authorities. They were being held by Ra Sushi customers.

According to Houston Police Department Sgt. Ricardo Salas, 40-50 people were inside the restaurant, but had to duck for cover when the suspect pulled out a gun and fired one time into the air.

"We were eating, and the next thing you know, a gunshot just popped off. So everything paused and then everybody started running to get down under a table," said Patrick Robinson, one of the people who stopped the shooter.

Robinson and his friend ran toward the armed suspect, who had fired the shot in the bar area. A third person had grabbed the suspect.

"We got him down, apprehended him, got the gun away from him and the bag that he had," Robinson described.

Robinson and his friend are visiting from Dallas, with the latter scheduled to give a concert.

On top of that, both men said they train in mixed martial arts, but they never thought their skills would be needed in real life.

"You see it on the news, or you see it on TV or the movies and stuff, but you never see it actually in life, and it is crazy that nobody got hurt," Robinson said.

Police say the suspect is a 24-year-old man who was wanted for failing to appear in court on a criminal mischief charge.

He now faces charges of possessing a stolen gun and discharge of a firearm.