CPD searching for suspects after 7 injured in South Chicago shooting: 'It's unacceptable'

Chicago police asking for public to come forward with tips 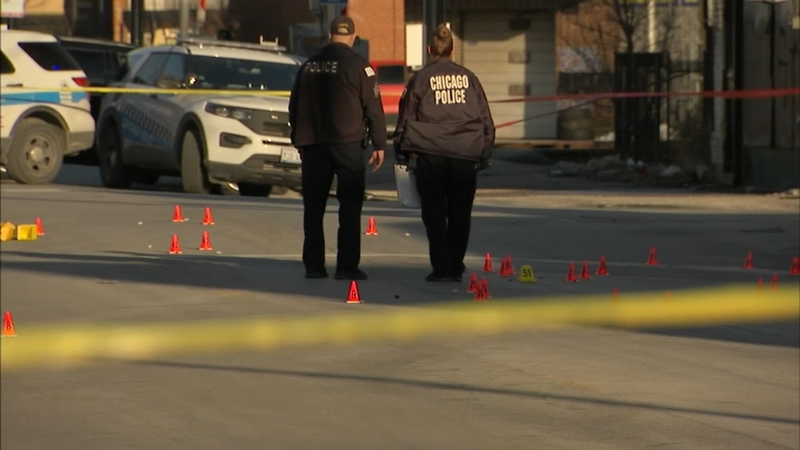 CPD searching for suspects after 7 shot in South Chicago

CHICAGO -- Chicago police are searching for suspects after seven people were injured in a shooting in broad daylight on Chicago's South Side Sunday.

Two men are in critical condition and five others are in good condition after the South Chicago shooting, according to officials.

Police are combing through surveillance video, which they said shows an altercation turned violent.

Living in constant fear seems to be a daily reminder for Thompson, as part of her South Side community is, once again, wrapped in police tape.

RELATED: Man who was on phone with WGN-TV security guard during killing says her final words were 'Oh my God'

"Every day we're getting shot! I get so tired of these sirens," Thompson said. "It is so bad! And these polices, they working overtime. They're so scared - I know they are because I fear for them myself!"

At 3:40 p.m. Sunday, a car pulled up to a group of people who were standing outside of the Little Caesars pizzeria in the 7900-block of South Exchange Avenue, said Chicago Police Superintendent David Brown, who referenced video officers had reviewed of the shooting.

He said police weren't sure if the shooting was targeted or if there was an argument during the exchange of words.

"Whether it was a targeted shooting or an altercation, it's unacceptable," Brown said.

"We're not sure whether the other vehicle just fled because they were shooting or if they were involved at all, so we're running all that down," Brown added.

The victims, all male, range in age from 31- to 63-years-old, according to officials.

Seven people have been critically injured in a shooting on Chicago's South Side Sunday.

All seven were taken to several area hospitals.

"One shooting is one too many," Brown said. "...We are going to put all of our efforts forward to solve this shooting and bring those to justice that were involved."

Now, as the men fight for their lives in the hospital, people who call this area home hope police catch the perpetrators of Sunday's violence.

Police said they are not ready to give a description of the alleged suspect(s) or car(s), but are asking people to come forward with any information that could lead to an arrest.