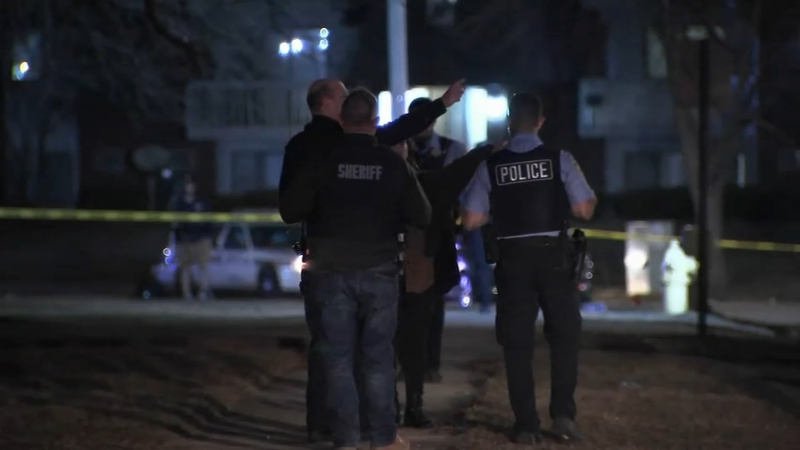 The officer is recovering in the hospital Tuesday morning after being seriously injured.

Just before 7 p.m., Crest Hill police responded to the 1400-block of Pioneer Road for a domestic battery call between a husband and wife, police said. The wife said her husband had punched her in the face, and there were several children present, according to police.

Dispatch told responding officers they heard a lot of arguing, crying and someone making comments about "suicide by police" and that the suspect had a knife.

When officers arrived, they confronted the man, now identified as 30-year-old Matthew Parks.

Parks then stabbed a Crest Hill police officer in the leg with a knife, police said.

The injured officer has been with Crest Hill police since September of 2019. It's believed the knife cut his femoral artery, which could have killed him.

Other responding officers applied a tourniquet to control the officer's bleeding.

A police sergeant shot Parks several times in defense of the injured officer's life, according to police. Police performed life-saving measures on Parks, but he later died of his injuries.

"Scary -- very quiet at the apartment," building resident Karl Sommerfeld said. "You're maybe not too close with everyone, but just shocking that it would happen to someone you live that close to."

The injured officer underwent surgery and is now recovering in the Intensive Care Unit at AMITA Health Saint Joseph Medical Center Joliet. He is listed in serious condition, but remains stable.

The other responding officers were also transported from the scene to a local area hospital for treatment but have since been released.

The sergeant who shot Parks has been with Crest Hill police since September of 2004.

Detectives with the Will-Grundy Major Crimes Task Force continue to gather evidence and information into this investigation.

"More than two dozen cop cars hanging out. Cops walking around, running from cars that are coming in still. They were still rolling in after the masses got in, so it looked stressful and crazy," building resident Emily Rose said.

Several hours later, the same task force responded to another police shooting in nearby Shorewood.

Shorewood officers responded to the LaQuinta Inn about 11:30 p.m. to a man requesting an ambulance in the hotel parking lot.

When officers got there, the man pulled out a gun, according to police. After a short standoff, the man fired his weapon.

A Shorewood officer returned fire, hitting him. That man also died at the scene.