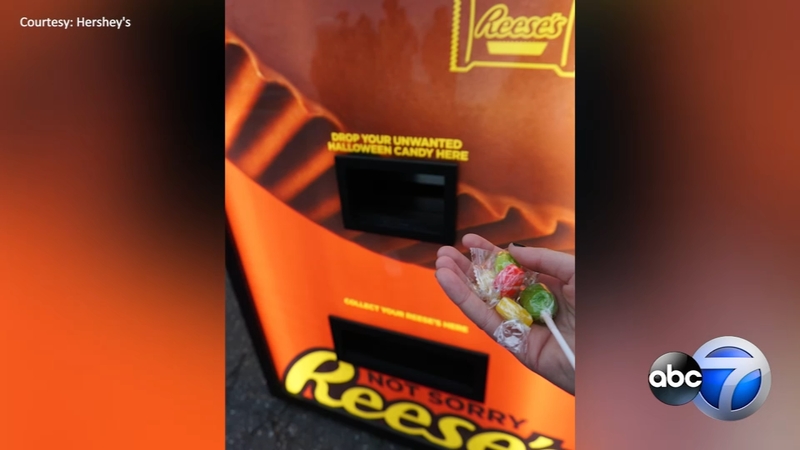 Halloween candy is like a box of chocolates....you never know which one you're going to get.

And sometimes you felt a little more tricked than treated as a child.

According to a recent survey commissioned by Reese's, 90 percent of Americans say they have traded or wish they could have traded their unwanted candy on Halloween.

Furthermore, four out of five Americans either have traded or would like to trade candy they didn't like for a Reese's Peanut Butter Cup.

Their methodology? An online survey among more 1,276 U.S. adults 18 and older, who have gone trick-or-treating at some point in their lives.

Reese's Peanut Butter Cups happen to be the number-one Halloween candy. And well, Reese's has come up with a solution.

Give Reese's your unwanted candy, and they'll give you what you actually want. It's quite simple. A candy exchange vending machine.

But hold on Chicago, New Yorkers will be the first to swap candy they don't like for candy they love this Halloween.

The Reese's Candy Exchange Vending Machine will sit outside Washington Square Park from 4 p.m. to 9 p.m. on Halloween only.

We reached out to Hershey's, which manufacturers Reese's Peanut Butter Cups, to see if Chicago would be receiving one of these handy-dandy contraptions.

'Unfortunately it will only be in New York City for Halloween, but we've received such tremendous reception, this may come to Chicago in the future," said spokesperson Anna Lingeris.