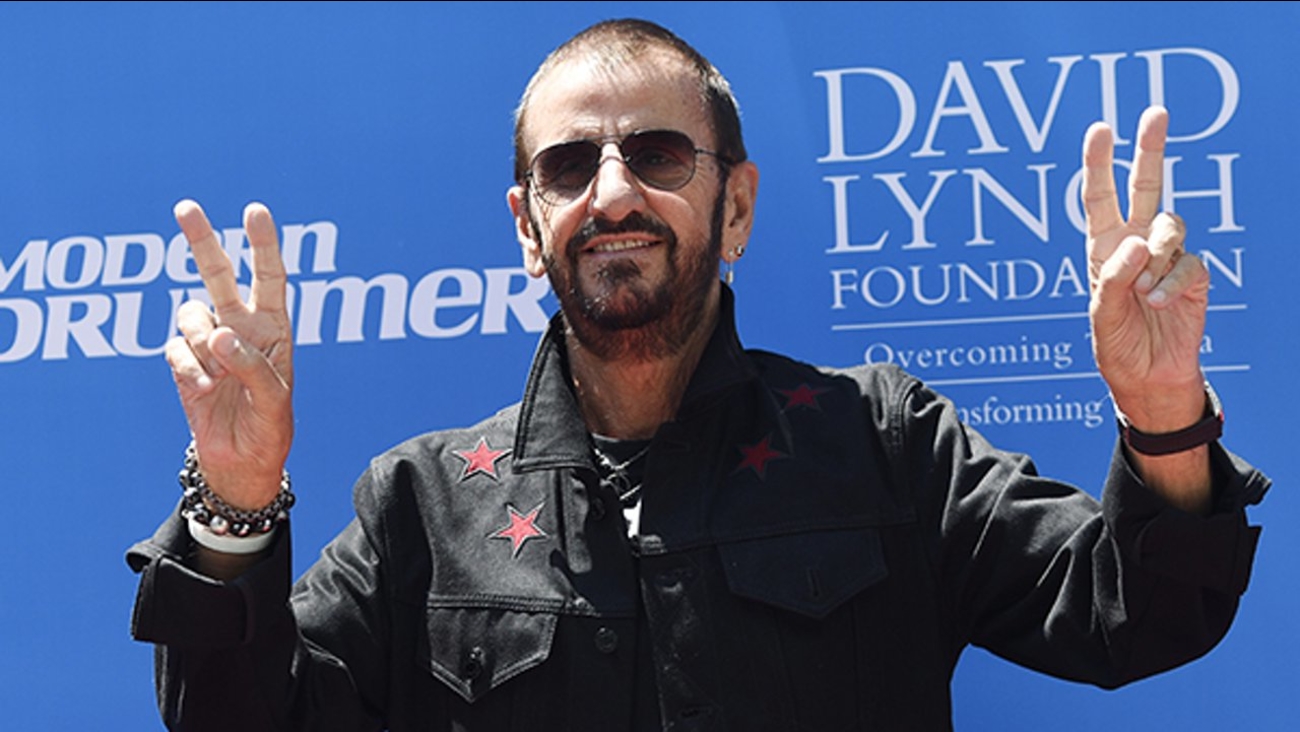 Ringo Starr flashes the peace sign for photographers during a 77th birthday celebration for him at Capitol Records on Friday, July 7, 2017, in Los Angeles. (Chris Pizzello/Invision/AP)

77-year-old Starr, whose real name is Richard Starkey, is the second Beatle to be knighted, 21 years after Paul McCartney.

Gibb, the 70s disco pioneer who co-founded the BeeGees with his late brothers Robin and Maurice, said he was "deeply honored, humbled, and very proud" to be recognized.

"This is a moment in life to be treasured and never forgotten. I want to acknowledge how responsible my brothers are for this honor. It is as much theirs as it is mine," Gibb, 71, told the UK's Press Association.

Darcey Bussell, the former principal dancer with the Royal Ballet and current judge on hit British television show "Strictly Come Dancing," was awarded a damehood for services to dance.

More than 1,100 people were honored this year, including 551 women. The list, which is drawn up by the government and approved by the Queen, recognizes the achievements and service of "extraordinary" people and includes politicians, academics, journalists, authors and athletes.

The list includes five categories and is released twice a year -- once at New Year's and the other during the Queen's publicly celebrated birthday in June.

Starr, McCartney, John Lennon and George Harrison were recognized with MBEs in 1965.

Actor Hugh Laurie, known for his roles in American shows such as the medical drama "House" and political satire "Veep," was recognized for services to drama, while former British Vogue editor Alexandra Shulman was recognized for her contribution to fashion journalism.

British author and journalist Jilly Cooper, who penned the racy romantic series "The Ruthshire Chronical," was honored for services to literature and charity.

Laurie, Shulman and Cooper were all awarded OBEs. They were previously honored with CBEs.

Singer-songwriter Marc Almond from the 80s synthpop duo Soft Cell, best known for their hit cover of "Tainted Love," received an OBE for his services to arts and culture. He told the Press Association he was "totally excited" to be honored, saying, "I can't really be a rebel anymore. I think it's time to leave it to younger people."

Grime music artist Wiley, whose real name is Richard Cowie, was recognized with an MBE for services to music.

"I'm honored to be receiving an MBE. It feels like the school grade I wanted and didn't get but now I'm finally there," Wiley told the Press Association.

The Press Association reported that future honors lists will recognize people involved in anti-terrorism efforts and those who responded to the fire at Grenfell Tower in London earlier this year which killed 71 people.

Recipients will be celebrated at a ceremony headed by the Queen at Buckingham Palace.