Romeoville bank hostages share harrowing ordeal: 'He was literally crying out for help' 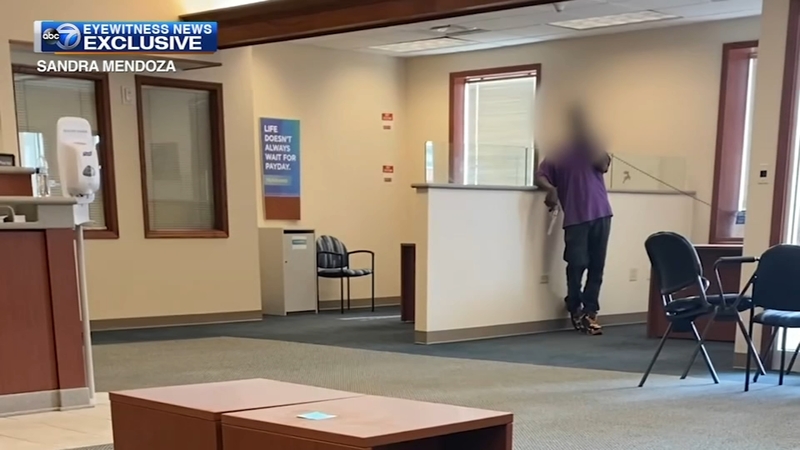 ROMEOVILLE, Ill. (WLS) -- Two women who were held hostage at a Romeoville bank Tuesday shared their harrowing ordeal with a man they said was in the throes of a mental health crisis.

Roxana Boyden and Sandra Mendoza, along with another woman, were at the Fifth/Third bank doing work for the Romeoville High School Boosters. They were nearly finished, and Mendoza went back to her car to grab something.

"When I walked in, I didn't realize that this man walked behind me. The minute I walked into the office, I just heard three shots," Mendoza said.

"He started yelling and everybody was coming out. And he was throwing chairs at the door to barricade the entrance," Mendoza said.

"My brain was a flood of thinking of my family. Survive; thinking about surviving," Boyden said. "Praying. Praying a lot."

Sandra Mendoza descibes her harrowing ordeal after being held hostage at a Romeoville bank.

Roxana Boyden descibes her harrowing ordeal after being held hostage at a Romeoville bank.

As Boyden prayed, Mendoza said her adrenaline kicked in and she started doing what the man asked, from gathering chairs for the barricade to calling police. She said he wanted to speak to a specific officer; when that didn't work, the suspect asked her to call 911 and told her to tell the dispatcher they were his hostages.

Then what happened next was unexpected, for both women.

The two women said the suspect told them his story, saying he was alone, estranged from family and had lived a hard life.

"He's like, I'm done. I've tried everything and nothing's have worked. So this is the end for me," Mendoza said.

"I feel that he was just a person in a mental health crisis," Boyden said. "He was literally crying out for help."

And despite the fear as the suspect walked the lobby holding a gun, as seen in cell phone video from inside the bank, the two hostages said he went as far as to offer comfort to the women.

"Ma'am, stop crying OK," the suspect is heard saying on the cell phone video. "You have my word, you will walk out, I promise you."

"He told us at one point, grab your phone, call your family and tell them that you are going home tonight. You're not going to stay here. I'm not gonna kill you," said Mendoza.

And so for some of the hostages, fear turned to compassion.

"It's sad for those of us that have to experience it on our side," Boyden said. "But it's also sad of, like, what brought a person to that point, to be so desperate to act out in that fashion?"

The suspect has not yet been named. He died later at a nearby hospital.

No one else was injured, but the two women who spoke to us are still emotionally torn over the half hour they spent with the suspect.

"It's probably the longest 30-ish minutes of my life," Boyden said. "But, you know, I'm not gonna lie when I say that. I went into church at work today and I lit a candle for him to say a prayer, because it was, it's very sad."