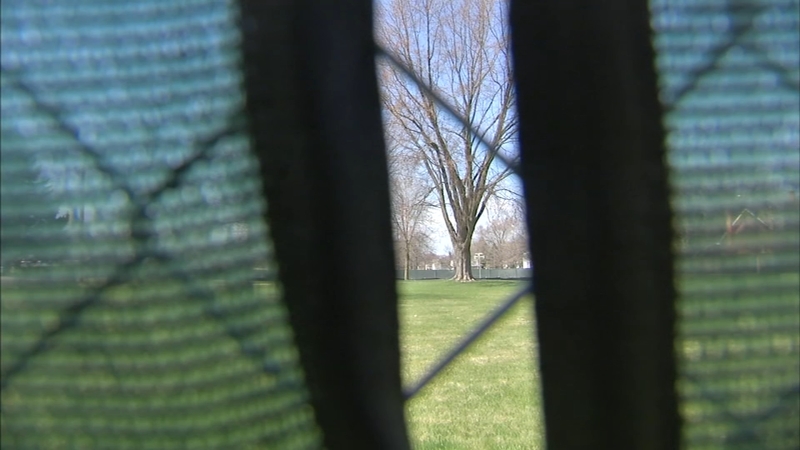 The parish will add a building and more parking in order to expand programs at the church.

The plan presented to the village would also plant 46 new trees and remove 14, including a 125-year-old silver maple.

"It's a tree that changes with the seasons and it's a maple tree. It's very very colorful," said Keith Grossich, parishioner and neighbor.

Grossich actually supports the expansion, but not removing what he called the "majestic maple."

"One of the things that a little bit unsettling to me is it seems think they could try a little bit harder," he said.

"It's been a wonderful experience to have this view. My grandchildren are saying, 'They're not going to take our tree away,'" said Craig Coleman, parishioner and neighbor.

"I am not fond of the project because I've have a water issue here when we get heavy rain this floods. I'm afraid this is going to flood my property," he said.

The Village approved Saint Edna's expansion in November. Although a fence is up around the site, construction has not started.

At the time the expansion was approved, the village's mayor and trustees encouraged developers to try and save the tree.

After ABC7's report aired, the spokeswoman for the Archdiocese of Chicago responded on behalf of St. Edna's.

"St. Edna Catholic Church in Arlington Heights has been in consultation with parishioners and neighbors over the last several years as it has planned its expansion, which will include a new Parish Life Center. After careful planning and a review of several scenarios, it was determined that to meet the requirements of the watershed management ordinance, as well as other factors, several trees on the property will need to be removed. For every one tree that is displaced because of the construction efforts, St. Edna Church has committed to planting three more trees on the Church property.