Extreme heat just as dangerous, deadly as weather like cold and storms 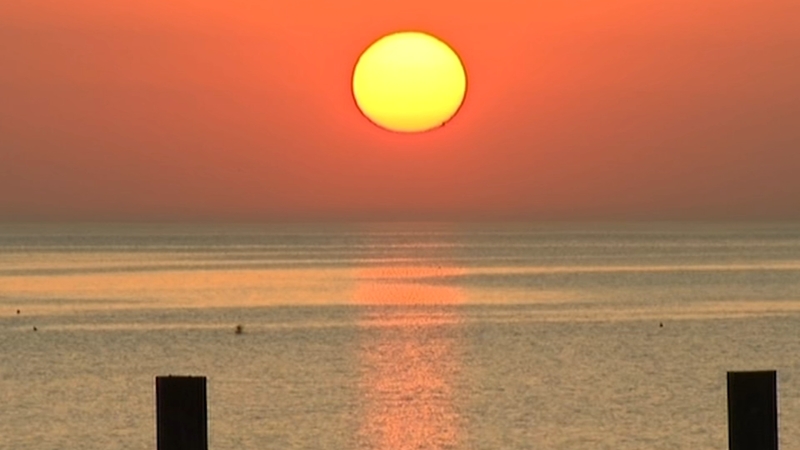 Extreme heat still the no. 1 killer weather around the world

CHICAGO (WLS) -- It's hard to talk about extreme heat when we are coming off of a brutal cold and snowy stretch of winter weather around Chicago. But extreme heat is a hot topic, and we must include it when talking about severe weather preparedness.

"Aside from the obvious, when you have long hot stretches, we know what that has done in the past in Chicago and what it can do," said ABC News Chief Meteorologist Ginger Zee. "Heat is still the number one killer around the world when it comes to weather."

The summer of 1995 was the catalyst for many lessons learned in Chicago. More than 700 people died across the metro area. Experts warn heat waves will become more common over time.

"It's not just the daytime highs, but it's the lack of relief overnight that can be very, very deadly," said Eric Lenning from the National Weather Service. "The other thing is, it's not maybe just one day of intense heat. It's the prolonged heat that really wears on people over time."

The deadly heat wave from 1995 prompted changes in the city to prevent another tragedy, including installing a year-round hotline between the National Weather Service and the City of Chicago. And the message consistently emphasized from the city is to look out for one another.

"It's easier to warm yourself up than it is to cool yourself down," said Dr. Mika Tosca, Associate Professor and Climate Scientists at the School of the Art Institute of Chicago. "If you live somewhere where maybe you don't have access to air conditioning, or you don't have the means to cool your house, it can be really dangerous."

The city encourages residents to call 911 in the event of a heat emergency, and 311 for information on cooling centers or other resources to death with the extreme heat. People can also dial 311 to request a well-being check.

But there are many people who enjoy a hot summer, and due to climate change there may be an increased frequency of hot summers.

"We have seen the extreme heat on the rise, domestically and internationally. In Cook County for example, and across Chicagoland, the three hottest summers on record have all been since 2010," said Sean Sublette, meteorologist with Climate Central. "The seven hottest years globally on record back to the 1890s have been the last seven years."

The five hottest years in the United States on record have been within the past 10 years. In fact, 2020 was the hottest summer on record in Chicago. While it may not seem that bad right now, we have to think about what this trend means for the future.

"If you think about turning on your oven, when you turn it on to 425 degrees, it's not instantly 425 degrees. And that's what we are seeing in the atmosphere. But it's especially these last 20 to 30 years. We've seen a remarkable jump in the temperatures across the globe and here in the United States," Sublett said.

And you have often heard, it's not just the heat, but also, the humidity.

"I think one thing that we have to be really concerned about actually is heat waves in the summer," Tosca cautioned. "You know, the Midwest is a huge corn producer, a huge soy producer. These produce a lot of humidity, and combined with extreme temperatures, which are coming, can really make the summer very oppressive in Chicago. Take what we already have, and then add maybe another month of 90 degree temperatures on top of that, plus crazy humidity form all of the corn and soybean production, and I do think you have a real recipe for some very oppressive, dangerously hot and humid summers in our future unfortunately."

Experts are also paying close attention to the increase in nighttime temperatures over the summer months.

"That's especially dangerous because if you can't cool down at night, then it's just going to get hotter the next day, and that's really where the danger with heat waves is, at night," said Tosca.

Day or night, the topic of extreme heat in Chicago is something we should all be aware of and keep talking about. Simple changes in our own behavior can actually help us slow the progress of climate change and increases in average temperatures. Things like walking or riding a bike when you can; being aware of ways to cut your energy use; being mindful of how much water you use and how much you're wasting can all make a difference.