Chicago nun honored for work caring for people with disabilities 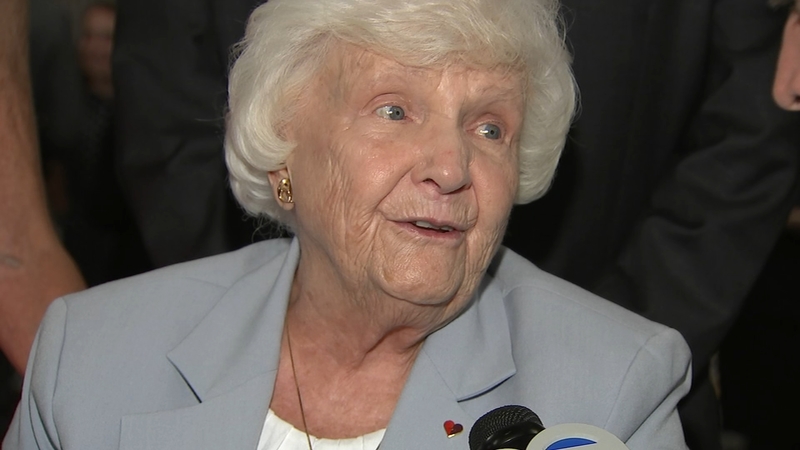 Chicago nun honored for work caring for people with disabilities

CHICAGO (WLS) -- There was standing room only in one of the Chicago's biggest ballrooms to celebrate a woman who has devoted 50 years to helping children and adults with disabilities.

Sister Rosemary Connelly has developed the residential and program offerings of Misericordia ever since 1969. Five decades ago, she was named executive director of the local nonprofit that cares for individuals with disabilities.

She's credited as a visionary whose leadership has guided thousands both on and off the Misericordia campus.

"I am overwhelmed about God's goodness to me through his people," the nun said Sunday.

Sister Rosemary has served in the Catholic church for 70 of her 88 years and in that time, she built Misericordia's services and programs to world leading standards.

"I just know that I have been privileged and blessed to share life with God's most vulnerable people and their families and their friends," she said. "I just feel I am overwhelmed."

Sister Rosemary's message that we are all here to serve has changed people's approach to those with disabilities.

"You have a lot of institutional support showing that we truly are our brother's keeper and that is a truism of life that she has exemplified in all of the people that have made Misericordia what it is," said Chicago Mayor Lori Lightfoot.

Cardinal Blasé Cupich, of the Archdiocese of Chicago, said that people with disabilities were often "shunted off into hiding or in a place where they were not public."

Cupich said Sister Rosemary has shared their gifts with the community.

Most of all, Sister Rosemary said she's most grateful for opening the doors to happiness for her residents and their families.