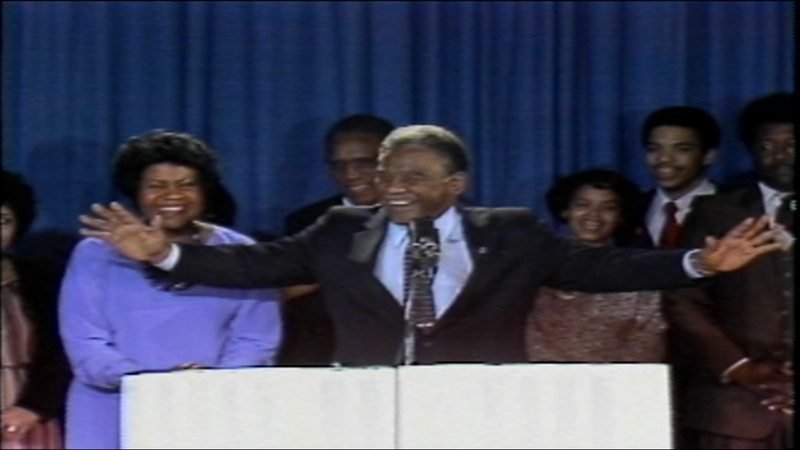 Washington was Chicago's first Black mayor. He died early in his second term.

A committee consisting of members of the Washington administration plans to have a Harold Washington Birthday Commemoration for his 100th birthday next year.

"Many from the Washington administration, including individuals who have gained recognition as former members of the late Mayor's administration, and others who currently hold high positions in politics are coming together to plan a commemoration for HW'S 100th birthday," a statement from the desk of Pastor Rich Redmond said.

RELATED: Look back on Chicago's 8 mayors since 1955

More details will be released in the months ahead. These details will cover various ideas and define roles that all Chicago can be a part of, according to the statement. The event is not exclusive to any one group or community and all Chicagoans can participate.

Earlier this week, the Chicago Public Library announced a new, digitized collection of Washington's written speeches have been added to their archives.

"Although few audio recordings of Mayor Washington's speeches remain, the collection will feature written remarks delivered at a variety of events during his 1983-1987 tenure, including commencement ceremonies, policy announcements, and city council meetings," a statement from Chicago Public Library said.

More information on Mayor Washington's life and legacy can be found on CPL's website and in the permanent exhibit dedicated to his life on the 9th floor of the Harold Washington Library Center.
Report a correction or typo
Related topics:
societychicagoloopbirthdayblack historypoliticscommunitythe mayor
Copyright © 2021 WLS-TV. All Rights Reserved.
POLITICS