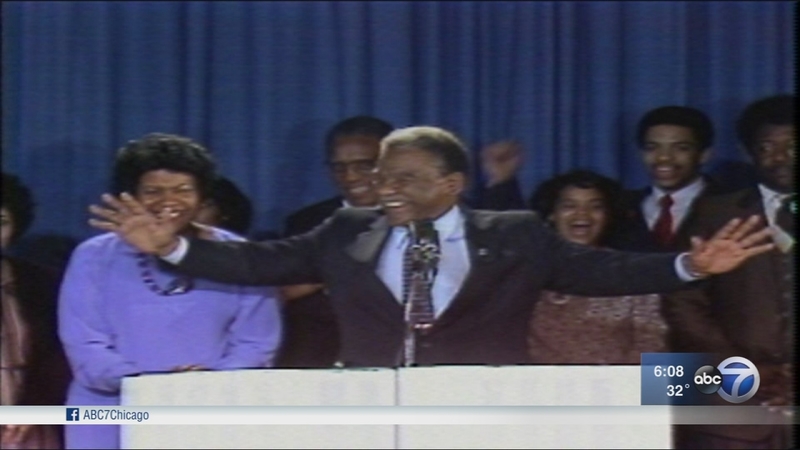 The legacy of Harold Washington 30 years after his death

For those who knew him well, or worked alongside him, words don't do justice to capture what it meant to lose the man known as "the people's mayor."

The day before Thanksgiving, 1987, Harold Washington suffered a heart attack while sitting in his City Hall office with his press secretary.

Chief Judge Tim Evans was an alderman and Washington's floor leader in the City Council at the time. He had been with the mayor at a groundbreaking that very morning.

"I just thought maybe...he had fainted or something like that, I wasn't thinking about anything dire because I was just with him 20 minutes ago," said Evans.

Doctors at Northwestern Hospital tried, but could not save the mayor.

"This is the first time I've been on the 5th floor in 30 years," said Jacky Grimshaw, director of the mayor's office of intergovernmental affairs. "It was too painful right after Harold died to even come into the building and since then there was no reason to come here."

Grimshaw was a key member of the mayor's cabinet, and had worked on earlier campaigns as well.
"I remember Thanksgiving Day and the chaos that was going on around Harold's urgent passing," said Grimshaw.

Washington beat the machine in 1983 by galvanizing the black vote. By the time of his reelection in 1987, his popularity had grown to where he became known as the people's mayor.

"It wasn't just a joke when people said, 'What's Harold doing today?' There was a massive amount of both voting and participating and that brought hope," said City Clerk David Orr, who was Vice Mayor at the time.

Washington's passing left a hole as wide as his smile.

"When he died I remember the lines and lines of people who ringed City Hall to come and pay their respects as he laid in state and it was a real cross section of the city, white, black, Hispanic, Asian, old, young, Harold had won the hearts of the people of this city," said Political Consultant David Axelrod.

Washington did a lot in four and a half years in office to change the political landscape in Chicago. He is credited with paving the way for Barack Obama to become the country's first black president.