That brings Illinois' statewide total of coronavirus cases to 63,840, including a total of 2,662 deaths.

Watch Gov. JB Pritzker's opening remarks from the Illinois COVID-19 update on May 4, 2020.

As the state saw the lowest one-day total of COVID-19 deaths since mid-April, Gov. Pritzker said it needs to be looked at in the context of multiple days to determine if it's a true downward trend.

"I know that it's attractive when the sun is out for people to go out and gather in groups, but I want to remind everybody that it's a mistake," Pritzker said.

Gov. JB Pritzker reported 46 new deaths from COVID-19 in Illinois in the last 24 hours, which is the lowest one-day total since mid-April.

The governor said the state continues to make progress in combating COVID-19, but that if people continue to defy his stay-at-home order, more restrictions could be put back into place.

From Friday through Sunday, Chicago police had to break up almost 950 gatherings around Chicago that defied the governor's stay-at-home order, but there were no citations or arrests.

Hospitalization numbers appear to be flattening statewide. At Rush University Medical Center, they remain relatively high, but the lobby converted into an extra care facilty for non-COVID patients has not been needed and is now being used to test staff and medical students for antibodies. But Dr. Paul Casey, the chief medical officer at Rush, issued a warning about people letting their guard down too soon.

"It's not time with nice weather to bring a bunch of people together," Dr. Casey said. "We really got to maintain this social distancing for a period of time to be successful."

In Western Illinois, a pastor who sued the governor and lost his bid for a temporary restraining order still met with nearly 100 people at Beloved Church, but again, there were no arrests.

"If people are persistently defiant, they can be put in jail," Pritzker said. "I'm not suggesting that that's the best answer or the first answer, but it is something that's an option for local law enforcement."

The governor deferred to local law enforcement to handle that as opposed to calling in the state police, but he remained concerned about the potential consequences.

"It's an enormous mistake and I am very hopeful that we aren't going to need to send teams in to do mass testing among the people who, you know, may be spreading the virus in their community," Pritzker said.

And it's not just in Chicago. In northwest Illinois, several dozen people attended a Sunday church service, defying the ban on gatherings of more than 10.

After the pastor there sued Pritzker arguing his civil rights had been violated, a judge denied that preacher's request for a temporary restraining order over the weekend.

"I'm very hopeful that we aren't going to need to send teams in to do mass testing among the people who may be spreading the virus in their community," Pritzker said.

And in downstate East Peoria, Mayor John Kahl is beginning his own phased reopening of businesses, defying the state order. Pritzker warned that if people get sick, insurance claims could be denied.

"Well, I was a businessman before I became governor, and I have to tell you I would not want to defy the executive order because I believe I would be taking on liability if I did that," Pritzker said.

The governor said any region that he would consider reopening before May 30th would have to have enough hospital and ventilator capacity to handle any sudden surge in cases.
Report a correction or typo
Related topics:
societychicagoloopjb pritzkercoronavirus helpcoronaviruscoronavirus illinoiscoronavirus pandemicshelter in placerallycoronavirus teststay at home ordersocial distancingcoronavirus deathsprotestbusinesslawsuitu.s. & worlddomestic violence
Copyright © 2020 WLS-TV. All Rights Reserved.
CORONAVIRUS ILLINOIS 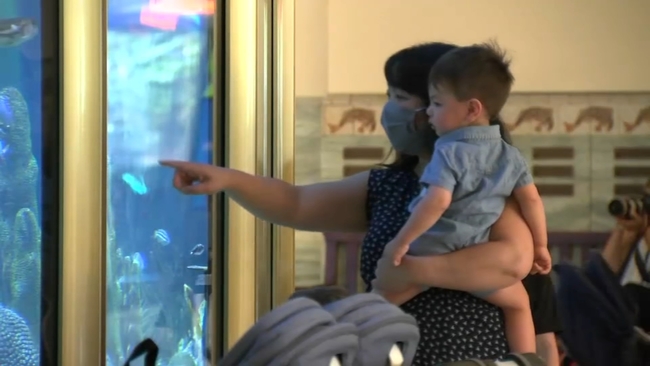 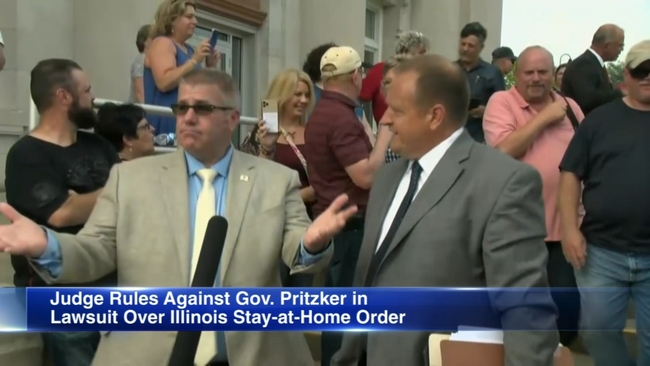