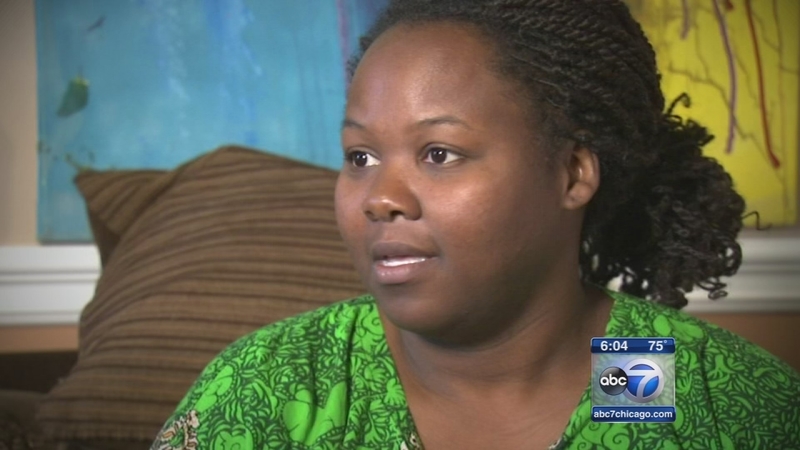 CHICAGO (WLS) -- A woman is speaking out after she was robbed and raped in her home on Chicago's South Side.

Monique Isaiah said three men broke into her home in Rosemoor Wednesday night, stealing her valuables and raping her as her child slept in the next room. While ABC7 does not usually name victims of sexual assault, Isaiah chose to publicly tell her story.

"I just can't get the image out of my mind of waking up and seeing them in my room," said Isaiah.

Isaiah said the men came in through the kitchen window. The family has an alarm, but her husband had called moments before to tell her that he was on his way home from work, so she didn't turn it on.

The men ransacked her bedroom looking for money, jewelry, her purse and her phone. She obeyed all their demands while thinking of her son, almost 3-years-old, sound asleep in the next room.

"When I was reluctant in complying, he threatened to shoot me," she said. "He said he was going to count to five and if I didn't do it...he was going to shoot me. And then one of his friends came and joined in as well."

On Thursday Isaiah was determined to tell her story and galvanize the neighborhood.

"Knowledge is power and you have to have awareness, you have to know what's going on to fix the issue," said Isaiah. "The code of silence does not work."

Isaiah is not the only victim of a violent break-in in the area. Last month, thieves broke through her neighbor's windows and swiped her belongings overnight.

"I see the same thing she sees every night," said Marilyn Fisher, a neighbor. "Someone climbing through the window, don't know who they are."

Isaiah's friend used an app to find her iPhone, which led police to locate the phone at 94th Street and Lafayette Avenue.