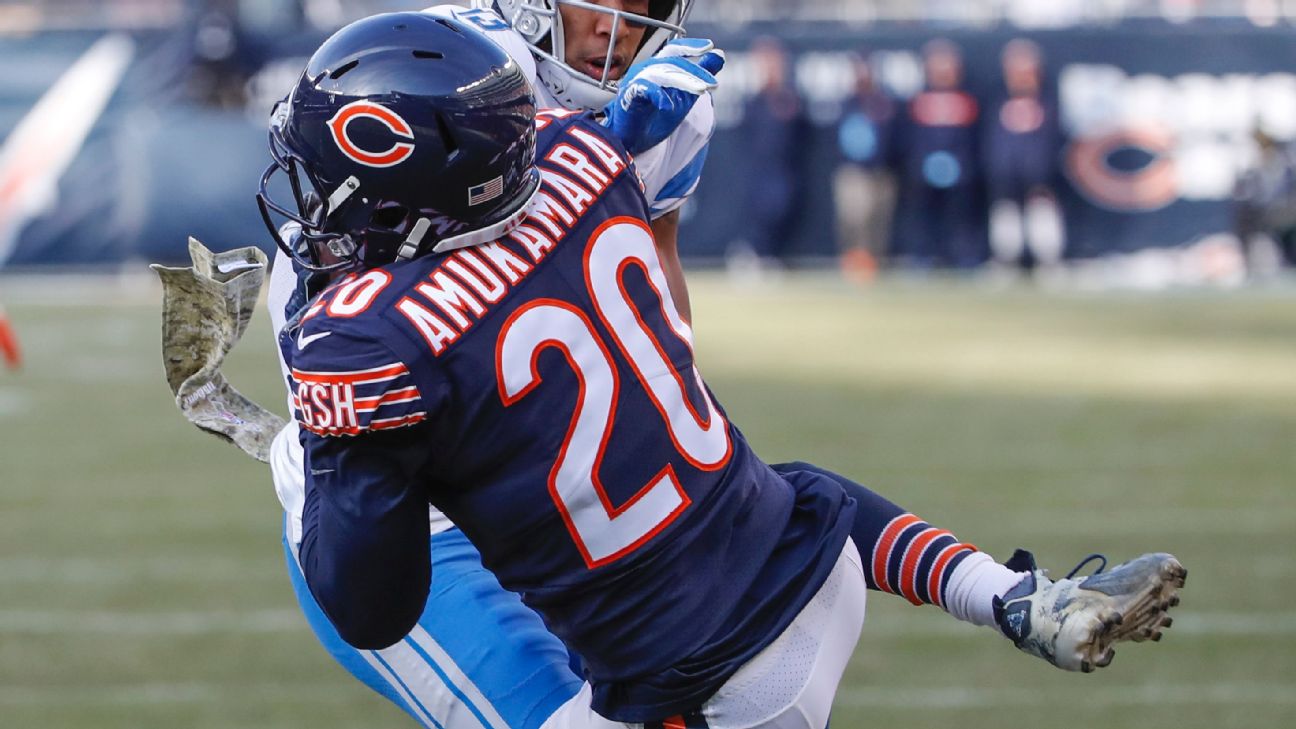 Tell that to NFL equipment managers.

Amukamara, for the second time in his NFL career, had to switch jerseys midgame Sunday because the team accidentally spelled his name incorrectly on the back of his jersey.

"I keep telling everyone if you spell it out it's spelled the way it sounds," Amukamara said with a smile. "It's only nine letters, but there are a lot of A's and a lot of vowels."

"I didn't even know. That's why we have social media. I mean, social media doesn't miss anything."

The veteran cornerback's last name initially appeared as "AMUKMARA" instead of "AMUKAMARA" before Chicago's equipment staff pulled him aside in the first half and changed him into a jersey that had the proper spelling.

Amukamara had a similar issue while playing at Soldier Field as a member of the Jacksonville Jaguars in 2016. The Jaguars mistakenly had "AMAUKMARA" on the back of his jersey.

"I don't pay too much attention to that stuff because those equipment guys do so much for the guys and for our team," Amukamara said. "It wasn't a big deal."

"Changed on the sidelines.

"[But Jacksonville] didn't get it until halftime."