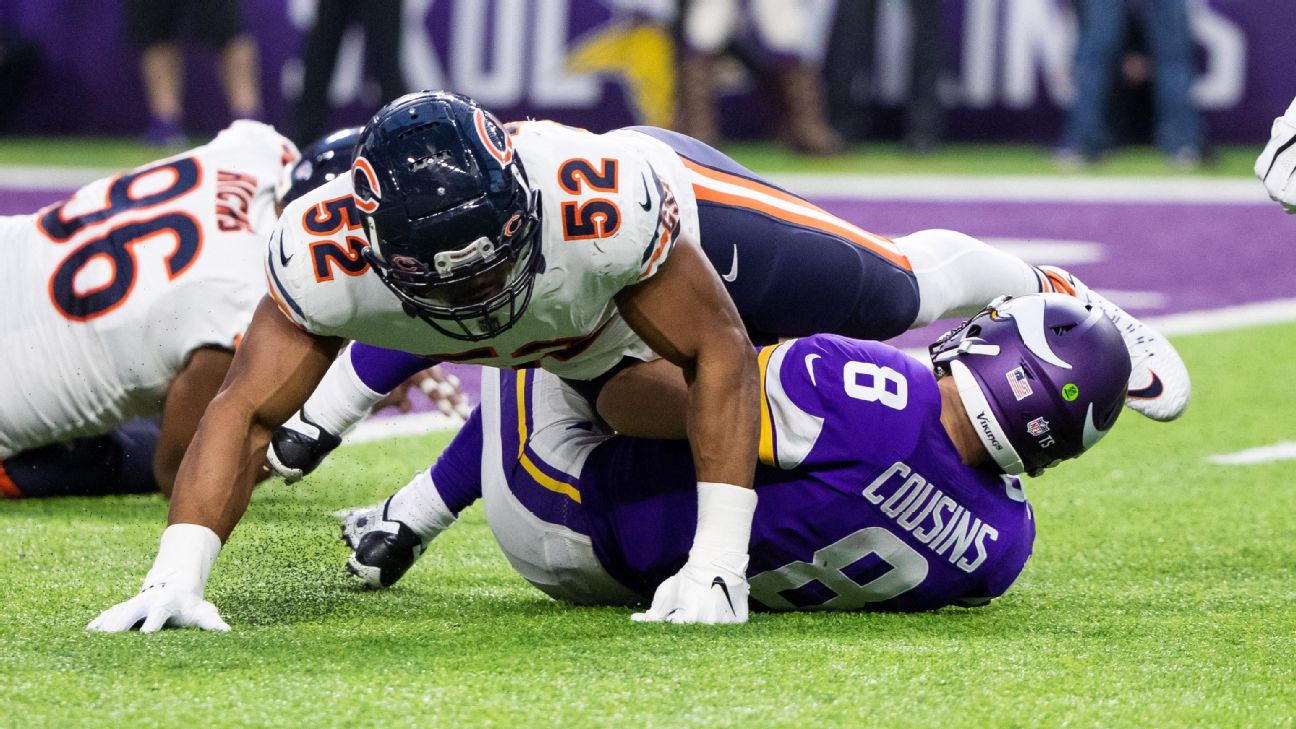 LAKE FOREST, Ill. -- Bears linebacker Khalil Mack admitted Tuesday that he expected to be a Raider for life, but he intends to suppress those emotions when Chicago squares off against his former team on Sunday in London.

"That's the expectation when you get drafted to a team: You want to be there for the long haul and bring championships and all those good things," Mack said. "It's the business side of it that doesn't really let you do that."

Drafted fifth overall by the Raiders in 2014, Mack developed into one of the league's top pass-rushers during his four seasons in Oakland. He had 40.5 sacks and forced nine fumbles from 2014 to 2017, but a contractual dispute eventually triggered a trade to Chicago on Sept. 1, 2018.

Unable to hammer out a long-term deal with the Raiders, Mack immediately signed a lucrative multiyear deal with the Bears that included $90 million in total guarantees.

Mack went on to have a stellar year in Chicago, with 12.5 sacks, an interception for touchdown and a career-high six forced fumbles as the Bears won the NFC North and snapped their seven-year playoff drought.

Sunday's meeting in London marks the first time Mack will face the Raiders since the trade, which netted Oakland two first-round picks and additional compensation.

"You can't play this game with too much emotion, man. Ultimately, I try to stay focused on the task at hand and understanding the situation and understanding what they're going to be thinking that I feel. But ultimately, I'm going to go out there and do what I do -- and that's play football and love the game that I play, you know what I mean?"

Mack is off to another sensational start in 2019.

After just four games, the former NFL Defensive Player of the Year has 4.5 sacks and four forced fumbles.

Bears defensive coordinator Chuck Pagano remarked last week that Mack is directly impacting the outcome of a play more than 80% of the time he's on the field.

Mack smiled when asked if Sunday provides an opportunity to show the Raiders what they missed out on.

"There are feelings you suppress," Mack said with a grin. "But also, it's no big deal to me, man. I'm here. I love the Bears and I'm going to go out and try to get this win.

"I mean, you could talk all day, man. But I ain't a talker. I just want to go out and show it. And I'm going to let that be that." 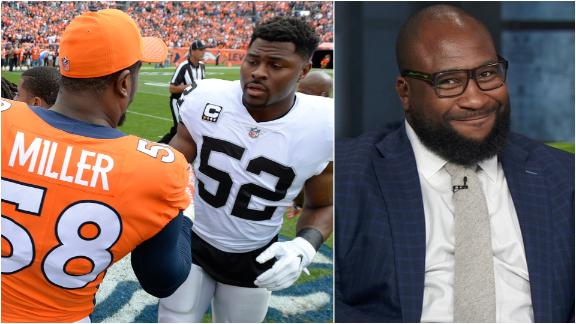