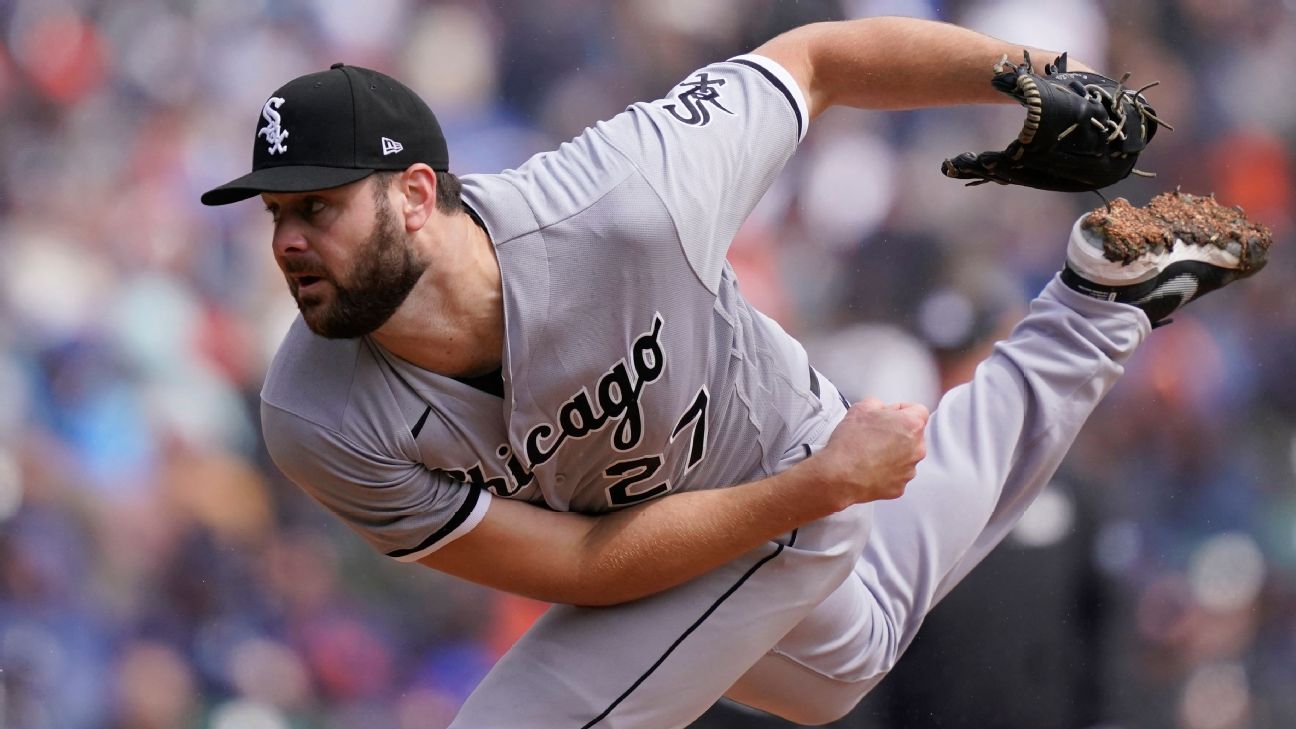 Chicago manager Tony LaRussa said that Giolito began to experience mild symptoms late Wednesday but might be able to take his next turn in the Chicago rotation if he clears MLB's protocols.


"Lucas' case looks like it's mild," LaRussa said, reaching behind him to knock on some wood in the dugout. "I think we're going to be OK. But it's a good heads-up, a reminder that you've got to be careful."

Giolito, 27, was not scheduled to appear during Chicago's four-game weekend series against New York. He is 2-1 with a 2.70 ERA over five starts this season.

"The way he's feeling, the anticipation is that he'll be able to do a workout so that he can maintain what he's got," LaRussa said.


To fill Giolito's spot on the roster, second-year outfielder Andrew Vaughn was reinstated from the 10-day injured list. He appeared in two rehab games for Triple-A Charlotte while working his way back from a bruised right hand suffered on May 2 when he was hit by a pitch. Vaughn homered twice for Charlotte on Thursday.