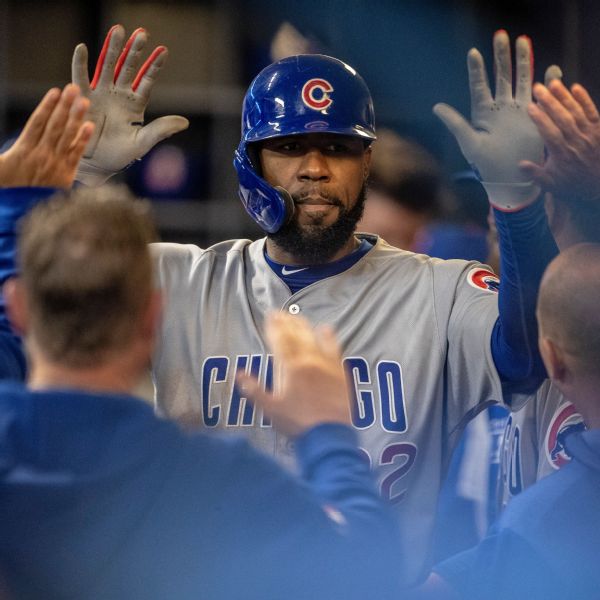 MILWAUKEE -- The Chicago Cubs' offense insulated itself from any potential bullpen meltdowns by scoring early and late in the team's 14-8 win over the Brewers on Saturday, snapping a six-game losing skid in the process.

It would be an understatement to say the Cubs needed the victory.

"In the infamous words of Larry Bowa, we needed it like oxygen," a smiling Joe Maddon said after the game.

Though the bullpen tried to give the game back to the Brewers -- something it has done a few times in the first 10 days of the season -- outfielder Jason Heyward, catcher Victor Caratini and the rest of the offense came up big. The two teammates each were on base five times, with Heyward hitting two home runs and stealing two bases. According to the Elias Sports Bureau, he is the first Cub since 1900 to hit two home runs and steal two bases in the same game.

"It's a process," Heyward said. "Every day is different. We're trying to adapt to how they're going to pitch us, and you just try to be the best version of yourself every day."

While the Cubs have been struggling mightily on the mound this year, their offense has kept producing. Saturday was already the Cubs' fourth game with at least 10 hits and 10 runs. According to ESPN Stats & Information, they are just the sixth team since 1920 to accomplish that feat in four of a team's first eight games. Chicago is second in the majors in runs scored per game and first in runs given up. It has made for a strange start to the year.

"I know we're going to win a lot of ballgames," Saturday's winner, Cole Hamels, said. "It's a matter of kind of having fun with it [the start to the season]. We're back in the winning train right now with a one-game streak. We're going to have fun with it."

They weren't having too much fun before the game, as Cubs president Theo Epstein attempted to deflect criticism away from everyone but himself. He said to "blame me" for his team's early struggles. For one night, the Cubs gave him a reprieve from all the negativity surrounding the first 10 days of the season.

As for Heyward, he hasn't always had the smoothest ride since signing an eight-year deal before the 2016 season. He has struggled often at the plate, but Maddon thinks Heyward has never looked better since becoming a Cub, as he raised his early-season OPS to 1.123 after Saturday's performance.

Heyward was told that Maddon thinks he looks his best at the plate since joining Chicago.

"That's not hard to say," Heyward responded in an honest moment. 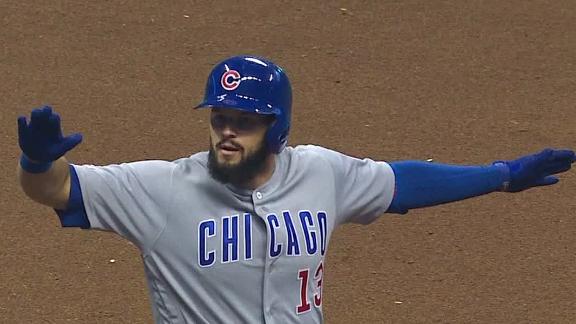