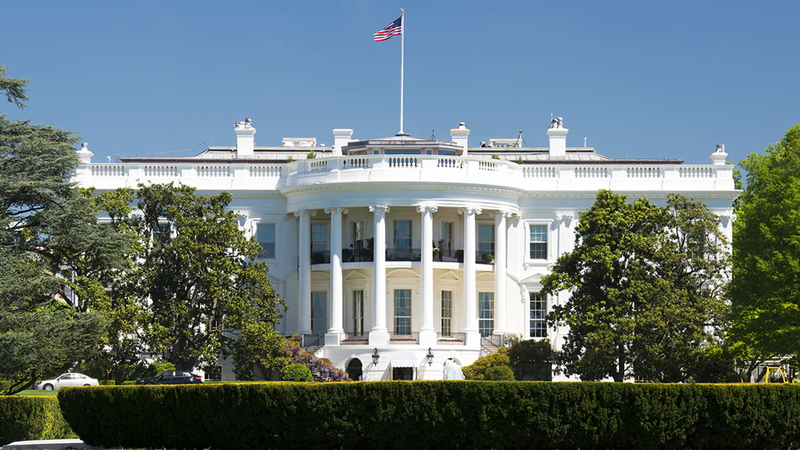 The White House accused the players of abandoning their fans, and Trump quickly scheduled a "Celebration of America" with military bands as he stoked fresh controversy over players who protest racial injustice by taking a knee during the national anthem.

Fuming over the risk of a low Eagles' turnout, Trump late Monday announced the usual Super Bowl celebration was off.

Spokeswoman Sarah Huckabee Sanders said the team had notified the White House last Thursday that 81 members, including players, coaches and managers would be attending. But she said the team got back in touch late Friday and tried to reschedule, "citing the fact that many players would not be in attendance." They proposed a time when Trump would be overseas.

White House Press Secretary Sarah Huckabee Sanders responds to questions about the Philadelphia Eagles being uninvited to the White House on June 5, 2018.

Sanders said the White House continued to work with the team over the weekend, but in the end, "the Eagles offered to send only a tiny handful of representatives, while making clear that the great majority of players would not attend the event."

"In other words," she added, "the vast majority of the Eagles team decided to abandon their fans."

“Eagles offered to send only a tiny handful of representatives, while making clear that the great majority of players would not attend the event”@6abc #whitehouse #trump pic.twitter.com/Ynq565fRNP

The team did not immediately respond to a request for comment. An earlier statement did not directly addressing the cancellation.

"Watching the entire Eagles community come together has been an inspiration," the team statement read. "We are truly grateful for all of the support we have received and we are looking forward to continuing our preparations for the 2018 season."

Trump had originally said the event had been scrapped because some Eagles players "disagree with their President because he insists that they proudly stand for the National Anthem, hand on heart, in honor of the great men and women of our military and the people of our country."

"We will proudly be playing the National Anthem and other wonderful music celebrating our Country today at 3 P.M., The White House, with the United States Marine Band and the United States Army Chorus. Honoring America! NFL, no escaping to Locker Rooms!" he tweeted.

We will proudly be playing the National Anthem and other wonderful music celebrating our Country today at 3 P.M., The White House, with the United States Marine Band and the United States Army Chorus. Honoring America! NFL, no escaping to Locker Rooms!

That was a challenge to a new NFL policy that requires players protesting racial injustice to stand if they're on the field during the national anthem or else stay in the locker room.

"Staying in the Locker Room for the playing of our National Anthem is as disrespectful to our country as kneeling. Sorry!" Trump wrote.

The Philadelphia Eagles Football Team was invited to the White House. Unfortunately, only a small number of players decided to come, and we canceled the event. Staying in the Locker Room for the playing of our National Anthem is as disrespectful to our country as kneeling. Sorry!

The National Football League Players Association, the union representing NFL players, said in a statement that it was disappointed by the decision to disinvite the players and said the reversal had led to the cancellation of several community service events for young people in the Washington area.

"NFL players love their country, support our troops, give back to their communities and strive to make America a better place," it said in a statement.

Trump had initially praised the NFL's new policy, which was intended to quell the controversy surrounding the protests that began in 2016 when San Francisco 49ers quarterback Colin Kaepernick began silently kneeling on the sidelines during the anthem. Kaepernick's protest was intended to raise awareness around racism and, specifically, the killing of black men by police.

But Trump accused the players of being unpatriotic, and suggested they be fired for their actions.

Philadelphia Mayor Jim Kenney on Tuesday suggested it was Trump's patriotism that should be questioned.

"When he had the opportunity to serve his country for real, his father got him out of it, and I think it's really disingenuous for him to talk about patriotism in any way shape or form," Kenney told CNN, referring to military draft deferments Trump obtained that kept him out of the service during the Vietnam War.

Trump had been leery of the Eagles' planned visit to the White House for some time because the team's owner, Jeffrey Lurie, has been a Trump critic and several of players have been outspoken against the anthem policy, according to an outside confidant and a White House official not authorized to discuss internal conversations publicly.

Trump was furious when he learned how few Eagles planned to attend Tuesday's event, and ordered aides to scrap the visit, believing a low turnout would reflect poorly on him. He had told aides last year that he was embarrassed when Tom Brady, the star quarterback of that season's champion New England Patriots, opted to skip a White House visit.

Trump instead ordered that Tuesday's event be turned into a "celebration of America" that would highlight his anthem stance. Senior counselor Kellyanne Conway, an Eagles fan, was helping organize the event.

It was another sign that Trump intends to continue to fan a culture war he has stoked and which he has long believed is a winning issue with his base.

Trump has long fixated on the NFL national anthem controversy and was thrilled when last month's announcement of the league's new policy on the issue returned it to the news, according to three people close to the White House familiar with the president's thinking. They spoke on condition of anonymity because they were not authorized to publicly discuss private conversations.

The president believes there is a significant overlap between football fans and his base and has told confidants that he believes his voters would enthusiastically take his side over football players whom Trump thinks have looked unpatriotic and greedy.

The president told one confidant Monday that he aimed to periodically revive the anthem issue in the months ahead, believing its return to the headlines would help Republicans as the midterm elections approached.