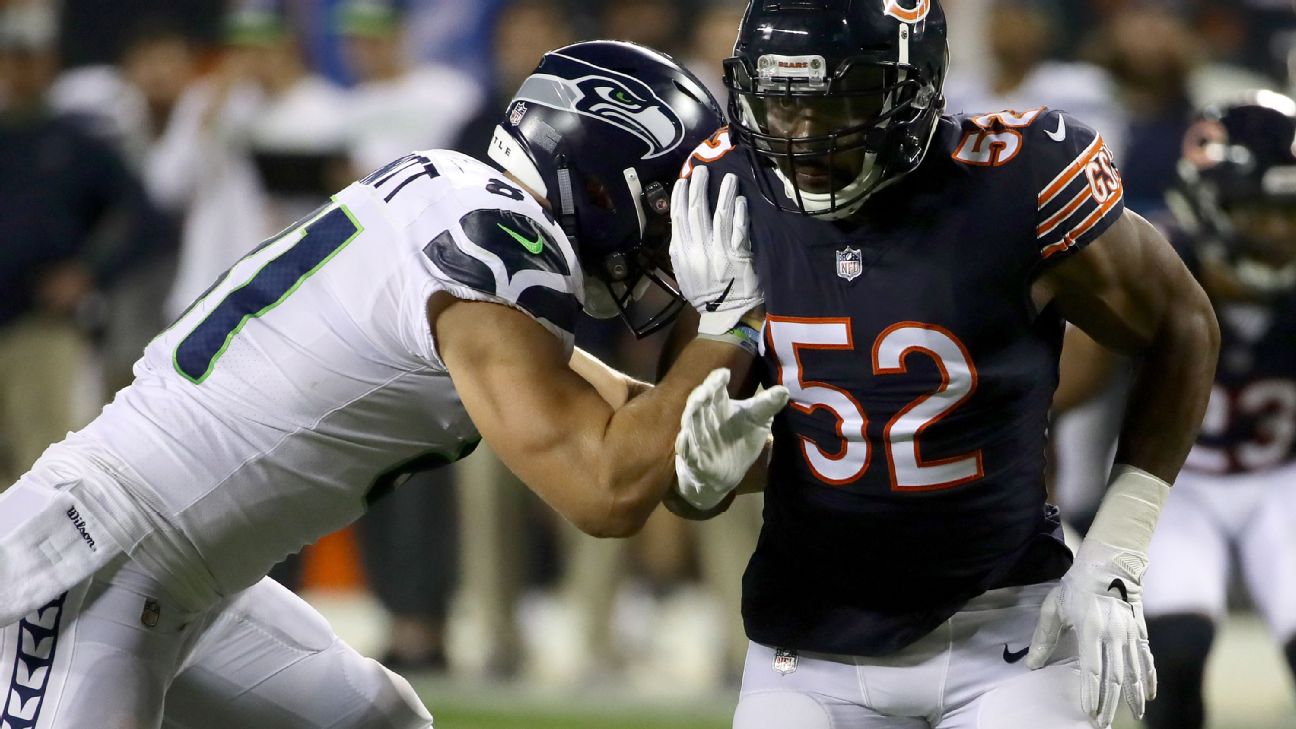 Five different Bears defenders sacked Wilson in the opening 30 minutes of Monday night's 24-17 win over Seattle at Soldier Field, including All-Pro pass-rusher Khalil Mack, who was also credited with a forced fumble that Seattle ultimately recovered.

According to ESPN Stats & Information research, the Bears blitzed Wilson five times in the first half and pressured him on 37 percent of his dropbacks.

The Seahawks, who are without starting wide receiver Doug Baldwin, had just five first downs and 79 total net yards as Chicago led 10-3 at halftime.

"The key to playing them is never letting him get comfortable and scramble around and use his legs like that," said Trevathan, who also forced a fumble on his second sack that the Bears recovered. "We needed to create havoc for him, and we did that today. He still found a way to make some plays, but I think we held our ground this week."

Wilson is now the first quarterback to be sacked 11 times within the first two games of the season since Chad Hennewas in 2014.

"Listen, we have to be nasty, ferocious," Bears defensive lineman Akiem Hicks. "We want to build something here that is going to be remembered."

The Bears' defense had a similar start last week in Green Bay, recording four quarterback sacks and nine pressures through two quarters before ultimately squandering a 20-point lead and losing 24-23.