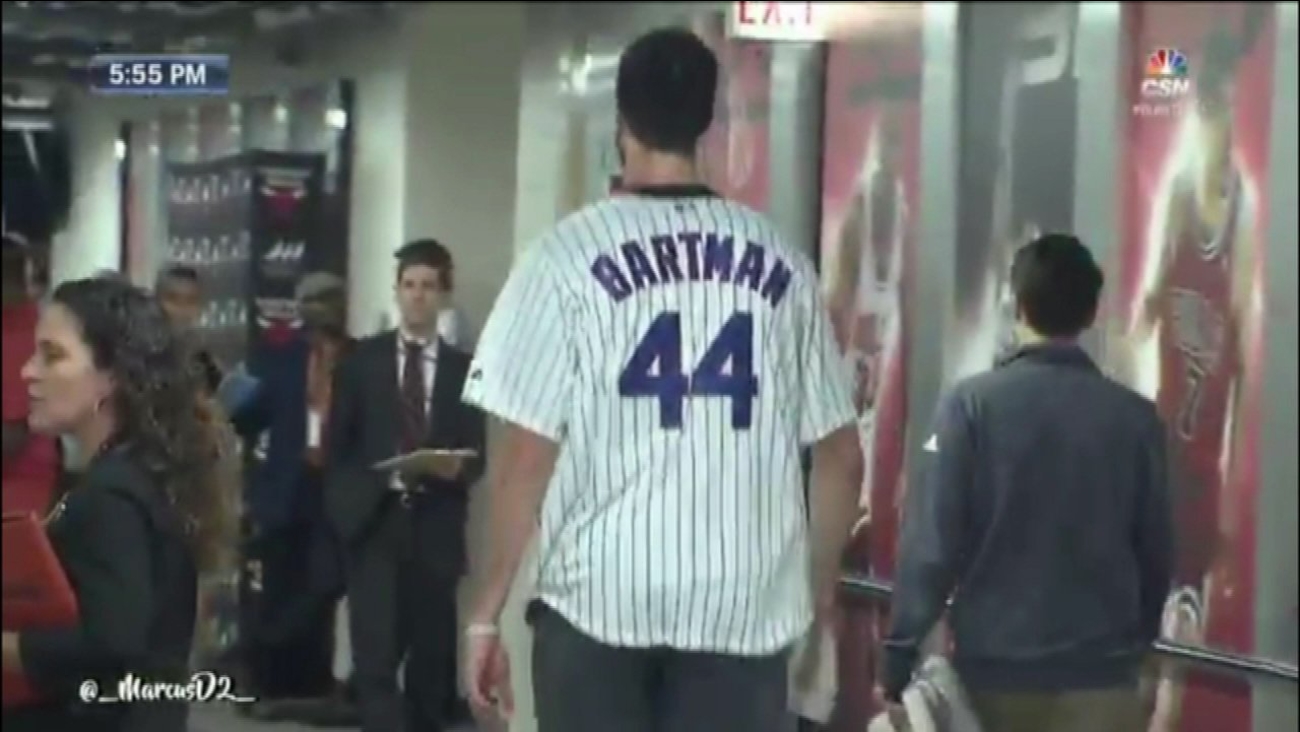 CHICAGO -- Charlotte Hornets center Frank Kaminsky has done his best to bring some bad luck to the Chicago Cubs as they look to continue their playoff run.

Kaminsky showed up for Monday night's NBA preseason matchup with the Bulls in Chicago wearing a Steve Bartman Cubs jersey.

The Cubs had a 3-0 lead over the Marlins and were five outs from making their first World Series since 1945 in the 2003 National League Championship Series when Bartman deflected a foul ball that appeared destined to land in left fielder Moises Alou's glove. The Cubs went on to lose the game and the series.

Kaminsky grew up in suburban Chicago and is a fan of the Cubs' crosstown-rival Chicago White Sox.

He engaged in a Twitter exchange with the Cubs Monday night:

When the Frank is too salty. pic.twitter.com/KHKtEuXgkd

. @Cubs my reaction when I saw this pic.twitter.com/YRqJVZLg5U

You already did that joke.

@FSKPart3 It's best not to dwell on a tough loss. pic.twitter.com/2l4OFTL5tH

. @Cubs at least I haven't been dwelling for 108 years #GOAT pic.twitter.com/sPFRlbB728