Jumpman at 30: The story behind the most famous athlete logo in sports 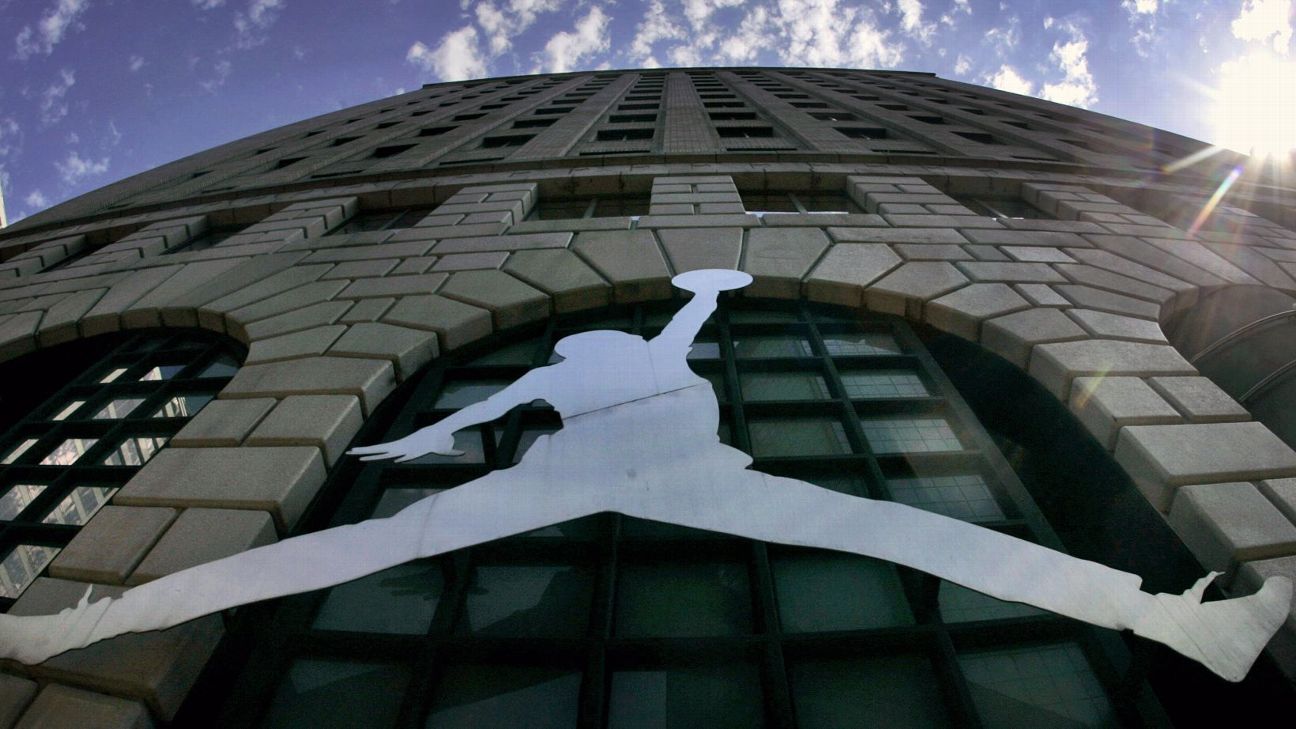 The iconic Michael Jordan "Jumpman" logo that has become the most famous athlete logo of all time is, in a way, celebrating its 30th anniversary this year.

The Air Jordan III, the first to feature the silhouette of MJ stretched out heading toward the basket for a dunk on the shoe's tongue, came out in 1988 at $100 a pair.

But the roots of the Jordan logo, which are on products that generate more than $3 billion in annual global sales, go much deeper than that.

The picture of Jordan making what became known as the "Jumpman" was on the hang tag to the Jordan I, though never on the shoe. It was also featured in the initial advertising for Jordan I shoes and apparel in the summer of 1985.

But it wasn't until the third version of the shoe that Jumpman became the primary logo.

No major reason was given for the switch from the original "wings" logo, but many things were changing within the company at the time.

Nike's top marketing director, Rob Strasser, and company co-founder Phil Knight weren't seeing eye to eye. In 1987, Strasser wanted to break off the Air Jordan division so it was its own brand, according to Jordan's agent David Falk. Knight thought it was too early. (The company created Brand Jordan in 1997.)

So Strasser began his coup. In 1987, he started a consulting company called Sports Inc. and soon brought Peter Moore, who designed the first two versions of the Air Jordan, with him. A new designer, Tinker Hatfield, was given the Jordan product, but it wasn't clear Jordan was going to stay with the brand.

Jordan had signed a five-year, $2.5 million deal with Nike in 1984. Jordan reached performance incentives, which meant he could get out after year three.

Strasser had been talking to Jordan and his family behind Falk's back. The pitch was in: Jordan would be the face of Van Grack, a shoe company Strasser was working with.

Falk had a lot of work to do, but in the end convinced Michael and his family that returning to Nike was the best move.

Falk said making the new logo into the silhouette of the Nike photo shoot shot was just natural, though there was debate on what to do with the basketball.

The basketball soon became such an iconic part of the sneaker that it became impossible to ever eliminate it.

There is, however, one potential problem with the logo -- it's the subject of a lawsuit brought by a photographer in 2015 -- 27 years after the logo first appeared.

The pose that represents the silhouette is the idea of Jacobus Rentmeester, or so the photographer claims. Rentmeester's shot in a 1984 edition of Life Magazine, with Jordan in a Team USA Olympic outfit, was more of a ballet move -- known as a grand jete -- than a basketball move, he claims.

Moore, who designed the first two versions of the Air Jordan, licensed the photo for $150 before Nike recreated the jump of Jordan in Bulls colors, which it turned into a poster.

The major difference? Nike's shot has an outstretched back hand, while Rentmeester's shot has a bent hand.

Rentmeester is appealing a decision rendered against him in the Ninth Circuit Court of Appeals in February.

No matter who owns the history, the success of what became the most famous athlete logo can't be denied.

Falk said the reason the Jordan logo worked is because it was simple and made sense. It also worked because, Falk said, he was a brand before it took off.

"Michael is a brand, but not many people are," Falk said. "Peyton Manning is marketable, but he's not a brand. John Wall doesn't deserve his own logo."