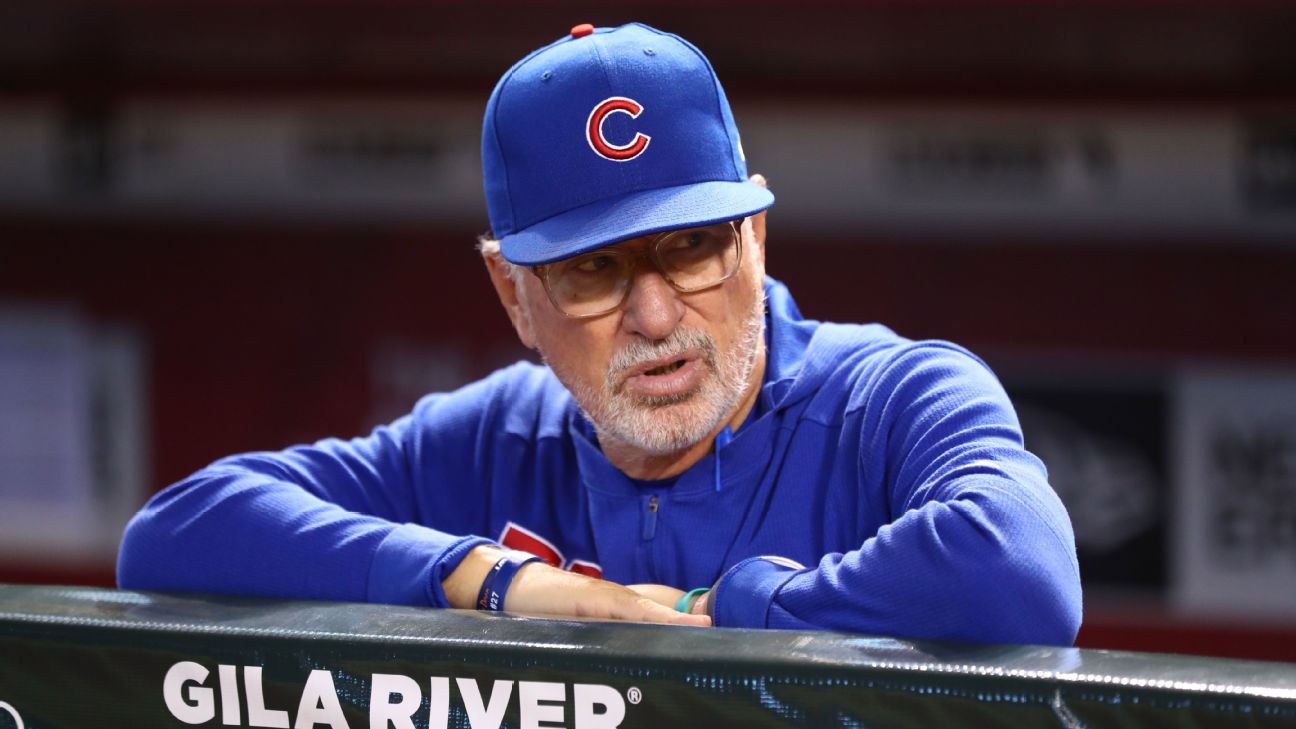 ESPN
By Jesse Rogers
ST. LOUIS -- Chicago Cubs manager Joe Maddon didn't hold back in his criticism of plate umpire Laz Diaz after what he thought was a missed strike-three call in the 10th inning of Friday night's 2-1 loss to the St. Louis Cardinals.

With a runner on second base and one out, Cubs reliever Dillon Maples threw a 3-2 slider against the Cardinals' Harrison Bader that appeared to land in the strike zone. According to ESPN Stats & Information research, the pitch is called a strike 92 percent of the time.

"Here's a guy ascending to the major leagues as a relief pitcher, doing a wonderful job, does his job, and doesn't get rewarded for it," Maddon said of Maples. "That's what kind of pisses me off, quite frankly."

Maples was a bit more subdued when he discussed the call afterward.

"I just made a close pitch and obviously didn't get the call I wanted," he said. "So I was a little upset, but you have to move on."

Unfortunately for Maples, he wasn't able to. He walked the next batter on four pitches to load the bases before being pulled. Steve Cishek came on in relief, but two pitches later, the game was over on a bases-loaded bloop single to the left-field corner by Matt Carpenter.

Maddon said he was most concerned with his pitcher's psyche after the missed call.

"That's the kind of thing that bums me out," he said. "To have pitches taken away from him in a crucial moment. ... Now my guy has to go home and feel bad about himself tonight. And it wasn't even a borderline pitch. It was a strike."

Maddon has never been in favor of robot umpires, and didn't waver Friday, even after losing a game on what potentially was a missed call.

"He gets that fellow right there, I think it's a pretty high percentage chance he gets the next one, too."

Maddon was also critical of the Cubs' offense, which is mired in an 0-for-25 slump with runners in scoring position, including 0-for-8 on Friday. According to ESPN Stats & Info research, the Cubs are the only team in baseball this season with multiple streaks of 0-for-25 or worse with runners in scoring position. Earlier in May, the team went 0-for-28.

"That stinks," Chicago third baseman Kris Bryant said. "We have to do something to turn it around. It would be nice if this was something we didn't have to talk about."

One thing Bryant couldn't avoid discussing was getting booed all night at Busch Stadium. Cardinals fans let him have it after Bryant called the city of St. Louis "boring" during a comedy sketch last winter.

The Cubs' star expected the boos -- but not necessarily from his own team. Led by first baseman Anthony Rizzo, Bryant's teammates decided to boo right along with the fans when Bryant came to the plate for the first time.

"It was pretty funny," Bryant said. "I wanted to look and see all who was doing it. ... I think he told the bullpen guys to get in on it."

Said Maddon: "I don't think I've ever roundly booed one of my own guys before. I can check that off the list."

As the night went on, the boos became louder each time Bryant batted -- not from the Cubs' dugout, of course, but from the stands.

"They were into it, for sure," Bryant said of Cardinals fans. "It was impressive."

Bryant has maintained he was joking when he called St. Louis boring, though he hesitated when asked what he did on his day off in the city Thursday.

"Do I have to answer that?" Bryant said, smiling. "I didn't do much. I rested. I recovered."

Bryant indicated there were no hard feelings, and that he appreciated Cardinals fans for sticking up for their team and city.

"The stuff I heard wasn't personal," Bryant said. "It was booing. That's what it should be about." 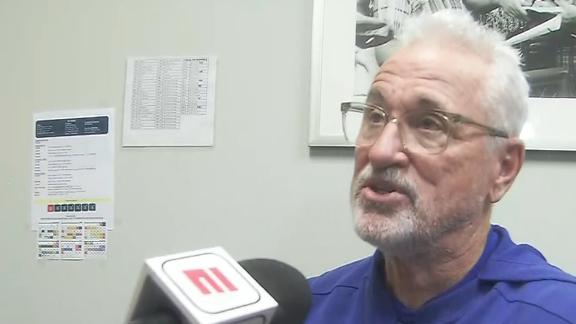