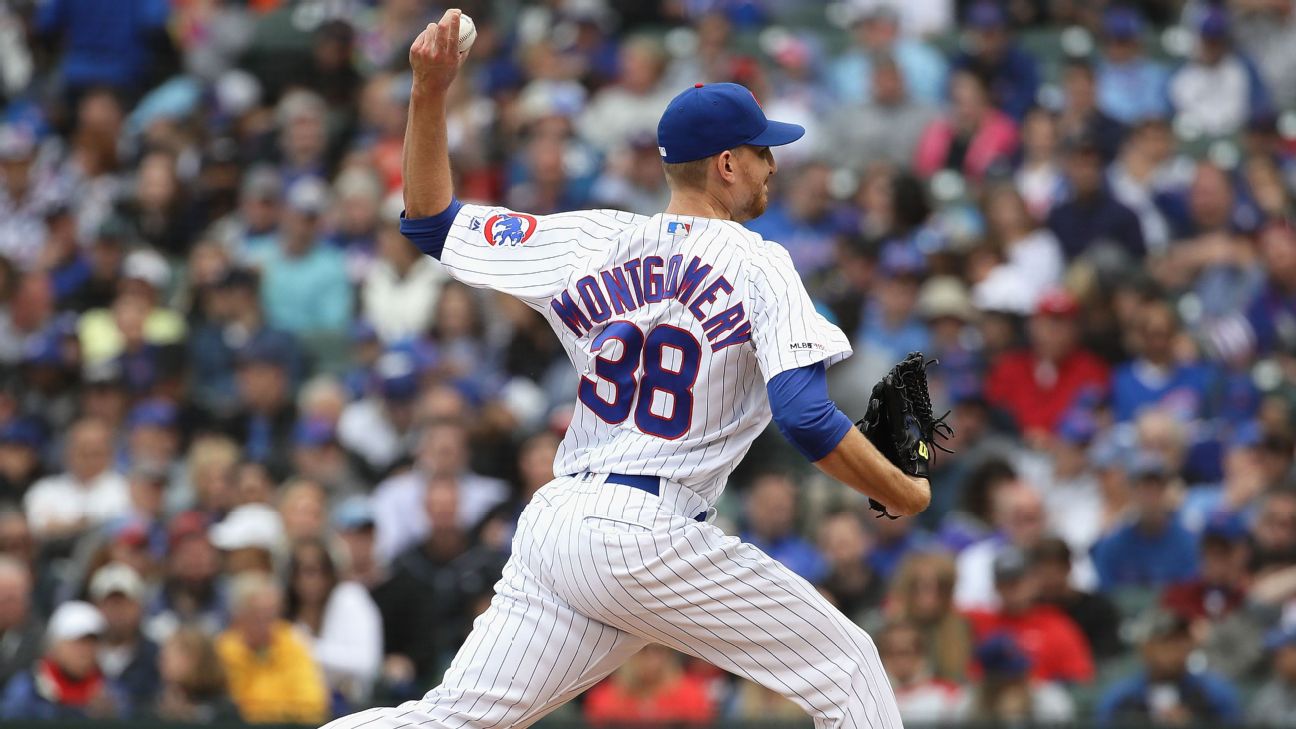 HOUSTON --Chicago Cubs left-handerMike Montgomery exited Monday's game against the Houston Astros before even throwing a single pitch after possibly popping a blood vessel in his finger, but he thinks he'll be OK.

"The tip of my left middle finger swelled up," Montgomery said after Chicago's 6-5 loss. "It just kept getting worse. It ballooned up on me."

Montgomery felt the issue in the bullpen but took the mound to start the fifth inning before manager Joe Maddon immediately pulled him in favor of Kyle Ryan.

"At the end of the day, I couldn't feel the ball," Montgomery said. "I knew I wasn't going to be able to pitch. ... They did some work on it. I could be good for tomorrow."

Maddon also indicated it's possible Montgomery could throw in Tuesday's game because the swelling had subsided by the end of the game. The injury is one of a few the Cubs are nursing right now, asJason Heyward and Kris Bryant both missed Monday's contest after colliding with each other in the outfield on Sunday.

Heyward's sore hip shouldn't keep him out of the lineup any longer, but Bryant remains "under evaluation" for a possible concussion.

When asked if either would play on Tuesday, Maddon said: "I doubt that KB will. I feel more strongly about Jason than KB."

Despite missing time, there's a feeling the injury to Bryant isn't serious. He dealt with several injuries last season, including getting hit in the head by a pitch last May. He also injured his shoulder, which nagged him for the rest of the year.