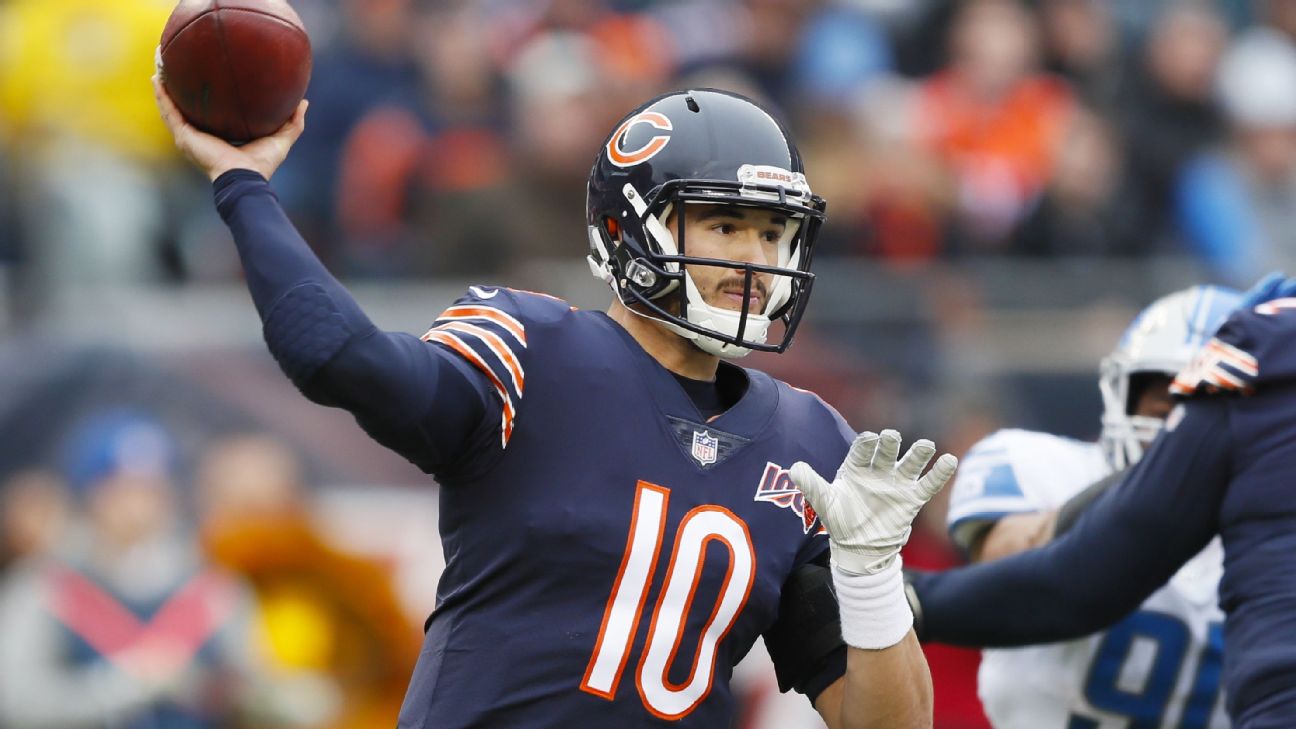 Trubisky's three touchdown throws occurred over the span of five attempts. Prior to that, Trubisky had two touchdown passes in his previous 134 attempts, according to ESPN Stats & Information.

After another shaky start in which the Bears' offense picked up just one first down in the first quarter, Trubisky finally got the team going when he lofted a perfectly thrown 18-yard touchdown pass to tight end Ben Braunecker right before halftime.

"I feel like that was a glimpse of how this offense can be," Trubisky said. "When all 11 guys are on the same page, the receivers are getting open, the offensive line is blocking really well, we are able to make plays and stay on the field. It wasn't pretty. It was a tough, hard-fought battle. I'm proud of the way we stuck together and handled all this adversity."

The 25-year-old quarterback finished the game 16-of-23 for 173 yards, three touchdowns, zero interceptions and a passer rating of 131.0.

"Making those touchdown throws gives you confidence," Trubisky said. "It's a signal to your teammates that you can do the job. That's what I expect out of myself. When everyone is doing their jobs on offense, I need to be doing mine as well. It just feels good to win."

The second overall pick of the 2017 NFL draft, Trubisky has been under heavy scrutiny most of the year. He entered Week 10 with only 1,217 passing yards, five touchdowns and three interceptions. A formidable runner in each of the past two seasons, Trubisky had carried the ball just 11 times for 46 yards while taking 17 sacks.

Chicago's offense managed 9 total net yards in the first half of last week's loss to the Philadelphia Eaglesand did not record a first down until under a minute left until halftime. It has ranked near the bottom of most statistical categories throughout 2019.

On Sunday, the Bears' offense sputtered for most of the opening 30 minutes but sprang to life in the third quarter courtesy of Trubisky, who had his second three-touchdown performance of the season.

"I just sat back," Bears coach Matt Nagy said. "Just to be able to watch the guys (in the postgame celebration). ... They ended up doing some one-on-one dancing, which is pretty neat. It's exciting. We enjoy it. It brings you together.''

The Bears (4-5) travel to Los Angeles next week for a prime-time game against the Rams. 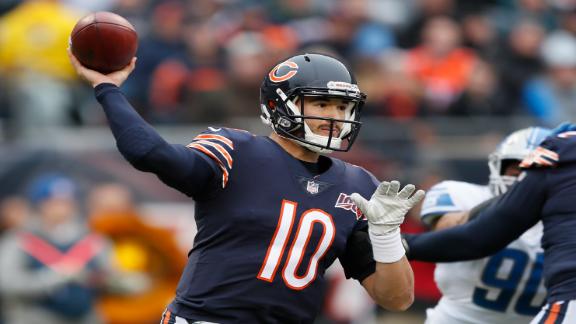 Trubisky throws for 3 TDs in win over Lions
Mitch Trubisky throws three touchdown passes to help the Bears break a four-game losing streak with a 20-13 win over the Lions. 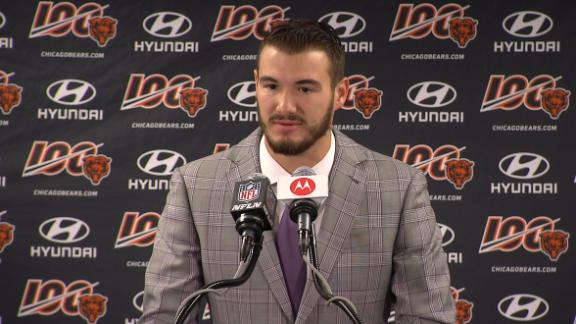 Trubisky: It felt good to have that hard work pay off
Mitch Trubisky explains why he was proud to see his team earn a win over the Lions after enduring a four-game losing streak.
Report a correction or typo
Related topics:
sportsespnnewsnflchicago bearsmitchell trubisky
Copyright © 2020 ESPN Internet Ventures. All rights reserved.
More Videos
From CNN Newsource affiliates
TOP STORIES