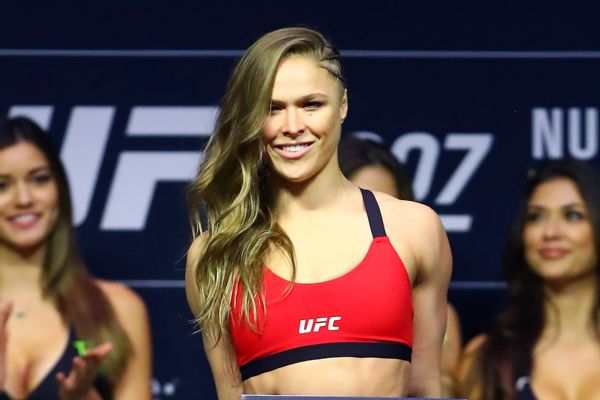 Rousey (12-1) has not fought since a stunning loss to Holly Holm in November 2015. Her comeback fight is scheduled to headline a UFC 207 pay-per-view event inside T-Mobile Arena.

McGregor's most recent purse for a lightweight title fight in November in New York was not disclosed.

UFC president Dana White publicly stated Nunes will also receive a pay-per-view bonus. As one of the sport's biggest stars, Rousey is expected to profit on PPV sales as well.

Rousey's last two fight purses were not disclosed, as they took place in jurisdictions that do not disclose purse information. Her last disclosed purse was $180,000 for a headlining fight against Cat Zingano at UFC 184 in February 2015 at Staples Center in Los Angeles.