'There are no untouchables': How Cubs' retool will shape offseason across MLB 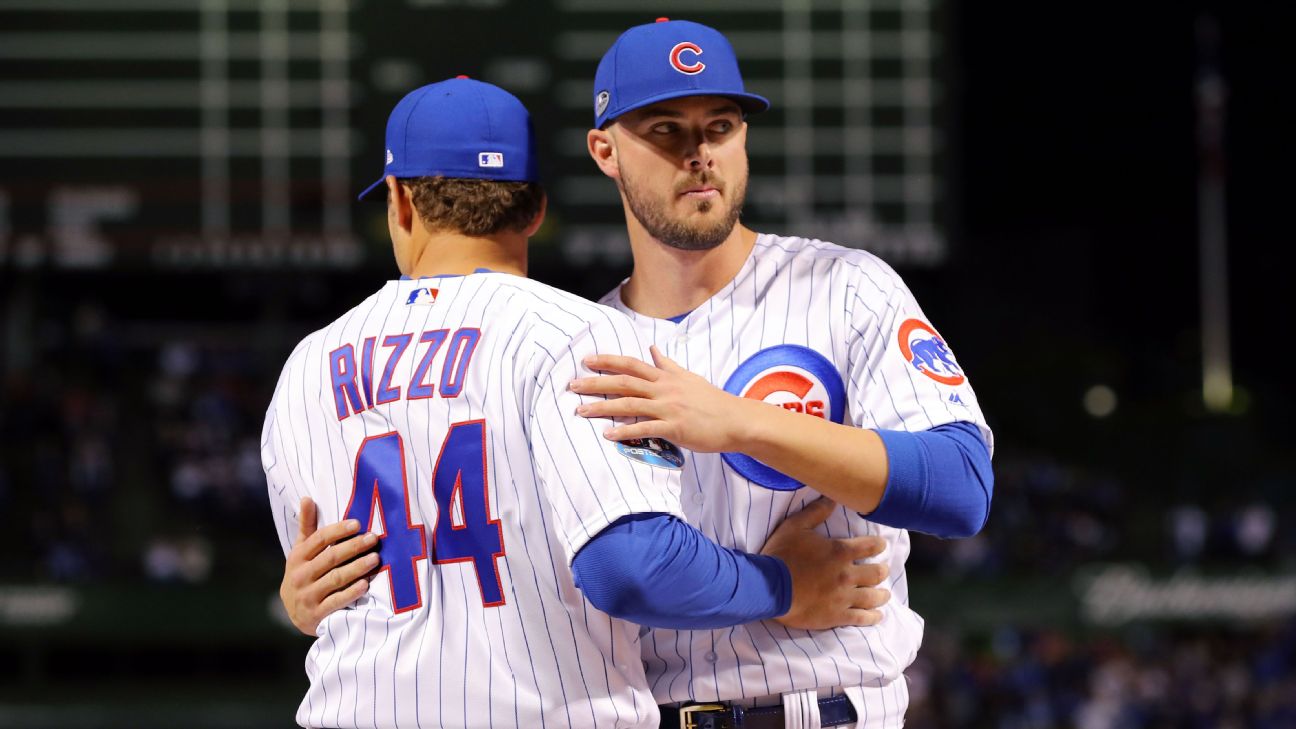 SCOTTSDALE, Ariz. -- It's a good week for the Chicago Cubs' front office to reacquaint themselves with many of their counterparts from other teams. After all, they could be huddled together behind closed doors for hours this winter. After years of utilizing the free-agent market to augment a young position player core, the script has flipped in Chicago, where the Cubs hold some of the keys to the hot stove season.

"We enjoyed a lot of success and stability and good feelings all around," Cubs president Theo Epstein said from the general managers meetings in Arizona. "And when things evolved to a place we're not as proud of, there's accountability for all of us. That means a lot of change and difficult decisions and trying to move forward and create something new. Change is not always easy, but it's necessary."

The change Epstein is referring to has come because of a few factors: The team came up short in the standings the past two years. The Cubs have a group of players who will all become free agents at the same time, after the 2021 season. Finally, there's the competitive balance tax. Simply put, the Cubs' payroll comes down if they subtract from their major league roster.

It means a New York Yankees-like retool could be in order, with the team's front office using this winter and possibly next July to acquire younger, controllable players and stock a thin farm system. It also means opponents could be lining up for former All-Stars and MVPs, all of whom have championship experience.

"There are no untouchables," Epstein said.

In truth, the Cubs' boss has said the same every year, but it certainly sounds like he means it this time. "We're in the 'information collecting' stages of the process," one general manager put it on Tuesday.

No one, including the team, knows yet the course the Cubs will take, but the strategy is sound based on the situation they're in: Lock up a few of the young stars, and trade a couple of others.

"Considering what those guys [Cubs players] have done, you're going to have interest," San Diego Padres general manager A.J. Preller said. "You're going to want to have those conversations about those types of players."

"These guys that keep coming up in trade rumors have a done a ton for our franchise and are among the very best players in the world," Epstein said.

They should be highly sought after by a large group of teams that includes rebuilders and contenders alike. That's unusual.

"It's not always natural for two contending teams to line up," Philadelphia Phillies GM Matt Klentak said. "It's not impossible, but it has to do with what kind of talent is going back in either direction."

Take the Atlanta Braves, for example. GM Alex Anthopoulos said Tuesday that third base is wide-open for them. Plus, they have a need at catcher. Atlanta has one of the better farm systems, which should get the Cubs' attention. There could be a match.

Even Chicago's former playoff foe, the Los Angeles Dodgers, see the possibilities with a team such as the Cubs. The Dodgers aren't looking for Double-A prospects -- they want to win now. That environment can make trade partners out of those not previously thought of.

"We're going in saying we want to add as many talented players as we can, and we can move things around," Dodgers president Andrew Friedman said of his roster. "As we sit here today, we have some future flexibility, we have a deep pipeline of prospects, we have a talented major league roster. We like the position we're in now. How we navigate things will be dictated by the market."

That market will include the Cubs for the first time since they won the World Series in 2016. Friedman sees what the Cubs are doing, but it's too early in the process to know how it will play out -- meaning which Cubs are staying and which are going.

"To collect as much information as they can and figure out what makes sense for them balancing the short term and the long term," Friedman said of Chicago. "I don't think they know what that means right now. It's important not to be too rigid in your thinking, and as you collect more information, it helps you navigate in different directions."

It should make for a wild season of rumors, something the Cubs' brass would love to suppress. They're aware of what that could mean to their players, who will undoubtedly see their names all over social media. It's not pleasant, but it's reality.

"The nature of any offseason is there are going to be rumors about your major league players, even your best players," Epstein said. "It doesn't necessarily mean it's true."

But of course, some will be, though ultimately the only thing that matters is which deals get done. Although teams can start conversations now, they might not finish them until summer. The importance of the July 31 deadline wasn't lost on Yankees GM Brian Cashman, who deftly used his assets to acquire Gleyber Torres from the Cubs for closer Aroldis Chapman in 2016. The Yankees also moved Andrew Miller that July. The moves hastened the Yankees' retooling strategy. Now it's the Cubs' turn.

"If you have a number of teams looking for the same thing, they can exploit the market and take advantage of the competition for their services," Cashman said of the Cubs. "That's as creative and dynamic of a front office as you're ever going to find.

"Whatever course they are plotting is the smart one. And even the courses in more recent years that haven't played out the way they hoped, I can tell you sitting in my office, every decision they made makes a ton of sense. It's still a game that comes with no guarantees."

The harder deals might come with those teams just coming out of their rebuilds, unless a trade-and-sign is in order. Would teams such as the Padres or White Sox take two years of control just to see the player walk when the team is in its prime window to win? The match has to be just right.

"How do we line up?" Preller said. "We're in the process of having those conversations. Not just with the Cubs but with everyone. This week is about getting some real answers leading up to the winter meetings."

Many in the industry believe we'll see some headline-making deals by the time the executives head to San Diego in December. By then, the Cubs will know the market, and the market will know what the Cubs are looking for. It's a new and different phase for them, which, if done right, could reap immediate benefits for an opposing team or two while Chicago gets what it wants: younger talent and flexibility.

"This was coming," Epstein said. "It's not like it was going to be one generation of players, and that's it. We knew when a lot of our best players were cost-controlled, those were the years we could squeeze the most amount of talent on the roster, and there would be difficult decisions and change ahead at some point. We're just rapidly approaching that time. That's all." 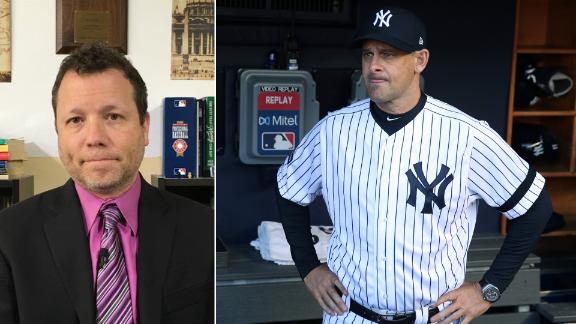 Yankees, Cubs face crucial offseason decisions
Keith Law and Jeff Passan explain why the pressure is on the Yankees and Cubs to improve their rosters this offseason. 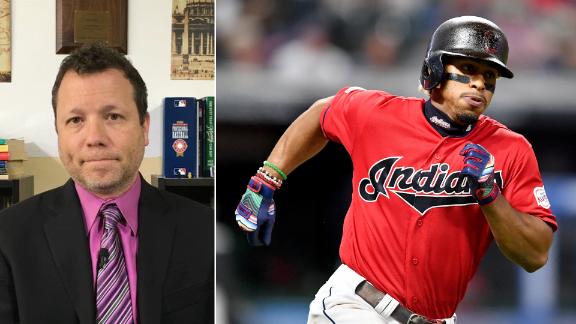