What's still at stake the final week of the regular season 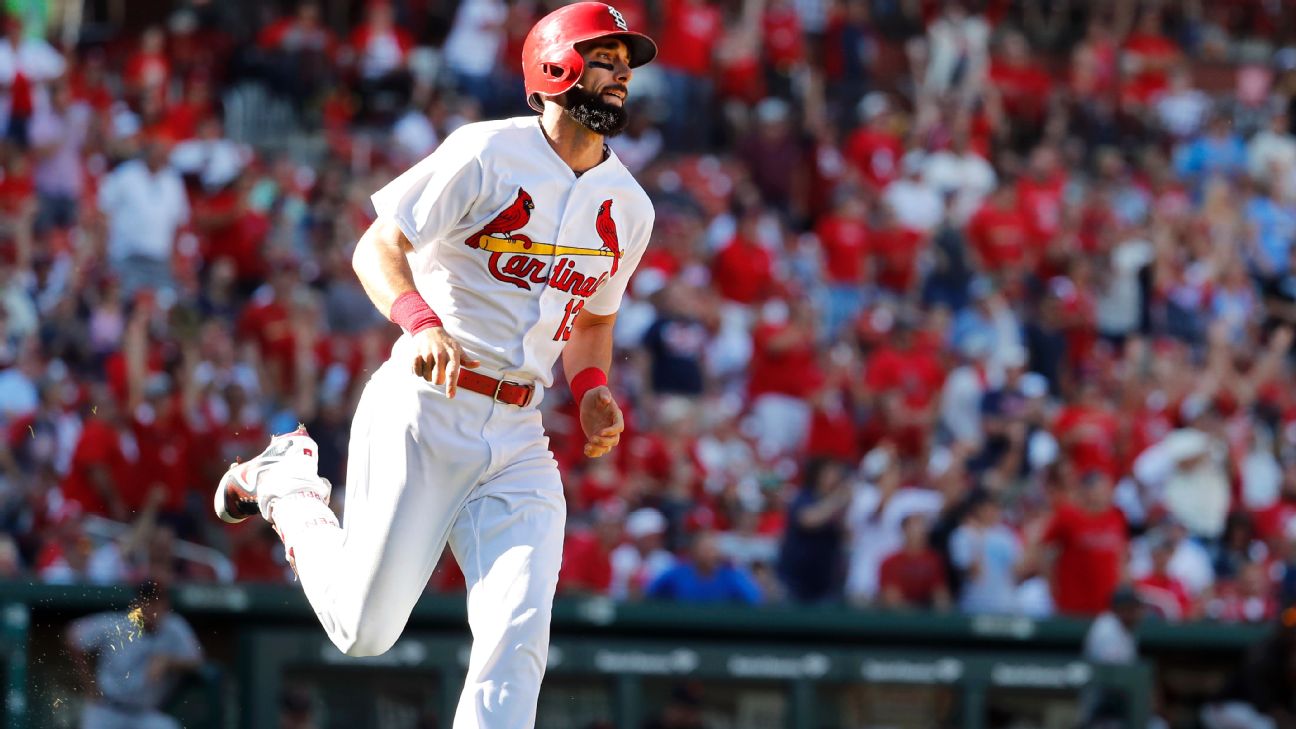 ESPN
By David Schoenfield
This is it, my friends. The final week of the regular season. We've come so far. Remember when the Mets were 11-1? Remember when Didi Gregorius led the majors with 10 home runs and 30 RBIs at the end of April and Johnny Cueto had a 0.84 ERA after the first month? Remember when Chris Davis hit .167 in April? Yes, it's a long season.

Here's what to watch for the final week ...

Here's what we know:

The Braves are in.

That's it! The Braves clinched the NL East as they put the Phillies out of their misery with a weekend sweep. In the end, the Braves beat up on the teams they had to, as they've gone 47-23 against the division and are four games under .500 against everyone else.

Otherwise, it looks like this -- five teams for four spots:

The Cardinals have the toughest week, battling the Brewers and Cubs. They're 1 games up on the Rockies for the second wild card. The Rockies may have the easiest slate, with seven home games against two teams who were just eliminated and can't wait to hit the golf courses. The Dodgers have six road games and draw Robbie Ray and Zack Greinke in their series against Arizona.

Here are the scheduled starters for Monday, Tuesday and Wednesday for each team -- keep in mind that the Monday and Tuesday guys could pitch again this weekend if needed, and depending on how those guys are used, the Wednesday starter might be the guy to go in any potential tie-breaker game on Monday:

Of course, various home-field advantage situations are also up in the air. The Cubs currently hold the top seed, while the Braves are a game up on the Dodgers to have home field for the other division series.

Some key injuries over the weekend:

Yankees shortstop Didi Gregorius has torn cartilage in his wrist. Gregorius injured the wrist sliding into home on Saturday, and an MRI revealed a small tear. He could be lost for the season or could attempt to play through the injury. We'll know more in the upcoming days.

If he can't go, the Yankees have a couple of options at shortstop. They acquired Adeiny Hechavarria from the Pirates on Aug. 31, so he's postseason eligible. He doesn't provide any offense but does give you a capable glove. Gleyber Torres has started 15 games at shortstop, so he could slide over from second with Neil Walker or Ronald Torreyes playing second.

Cubs third baseman Kris Bryant sat Sunday with shoulder fatigue (after missing all of August with left shoulder inflammation). Bryant has hit .275/.346/.406 in September with one home run in 69 at-bats and 27 strikeouts. This seemed more precautionary than anything. ESPN's Jesse Rogers reported:

Remember that the Cubs are also without Addison Russell, who was placed on administrative leave by the league after his ex-wife made allegations of emotional and physical abuse.

Astros starter Charlie Morton left Sunday's game after one inning with discomfort in his right shoulder. He missed a start in late August with a similar issue.

"If it was a playoff game, we could have kept pushing him out there," manager A.J. Hinch told reporters after the game. "He was willing to go back out there. I didn't love the velocity early, and I didn't want to risk anything given the situation that we're in. I think he'll respond fine."

Morton is still scheduled to make his final start this weekend. He would likely line up as the team's No. 4 starter in the playoffs behind Justin Verlander, Gerrit Cole and Dallas Keuchel.

NL MVP: The one major award that is still up for grabs. It feels like it's going to come down to Christian Yelich versus Javier Baez. No, a 9-9 pitcher on a sub-.500 team isn't going to win. (Yelich was hit on the elbow by a pitch on Sunday and later left the game. He'll be evaluated on Monday, but a little bruise shouldn't keep him out. Come on!)

AL MVP: In the end, it may not even be that close of a vote. Mookie Betts is the heavy favorite, as J.D. Martinez's Triple Crown chase is likely going to fall short (he's four homers behind Khris Davis and 14 points behind Betts in the batting race). If Mike Trout had better teammates, he'd have a strong case.

AL Cy Young: Blake Snell looks like the favorite after tossing 6 scoreless innings on Sunday to improve to 21-5 with a 1.90 ERA. Justin Verlander does have 33 more innings and leads in FanGraphs WAR, so it could be a close vote, with Chris Sale still in the mix but probably falling due to lack of innings down the stretch.

Can the Yankees hit 14 home runs?

A home run is better than a single

Adrian Beltre and Chase Utley said goodbye to their home fans on Sunday as they'll finish on the road (and Utley probably won't make the Dodgers' postseason roster). The Rangers finish up in Seattle, while the Dodgers finish in San Francisco. Beltre has remained mum on his plans for 2019, but if this is the final week of his career, a tip of the cap to the future first-ballot Hall of Famer.

Then there's Bryce Harper. The Nationals play their final three home games on Monday, Tuesday and Wednesday. Is this it in D.C. for Harper? Do the fans give him a standing ovation? What special cleats will he pull out for the occasion?

David Wright had half a Hall of Fame career with the Mets, but a long series of debilitating injuries ruined the second half of his career. Still, he's the second-best player in Mets history and after not playing in the majors since 2016, he'll get one final start on Sept. 29, the next-to-last game of the season. If you're a Mets fan, get your ticket now: Newsday reported the average ticket price on one resale site jumped from $21 to $246 in the days following Wright announcing his return.