Teens run into traffic across highway as they flee crashed stolen car in Wisconsin: VIDEO 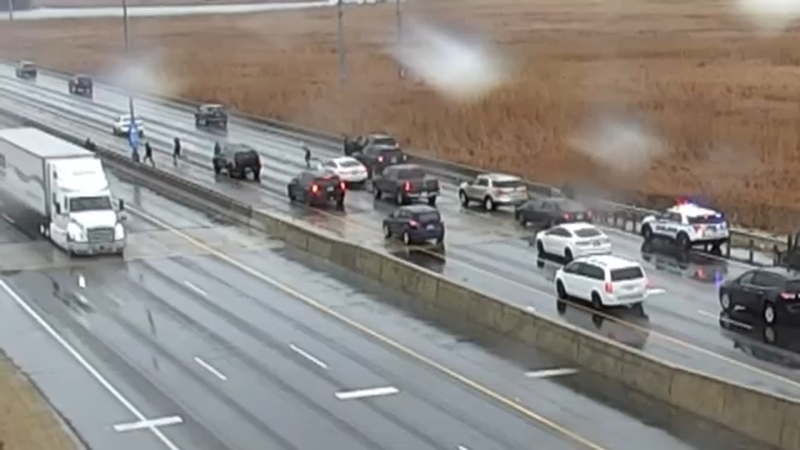 MADISON, Wis. -- A group of Wisconsin teenagers are fortunate to be alive after crashing a car and running across a busy highway last week.

Dramatic video released by the Wisconsin Department of Transportation shows a stolen Chevy Traverse on the right side of the roadway, driving fast and crashing into another vehicle.

Moments later, a group of teens run out of it and into oncoming traffic as they try to get away from the police, WISN reported.

One of the teens even jumped into a marsh near a river.

According to a criminal complaint, the owner of the Chevy said it was taken from his garage on March 18.