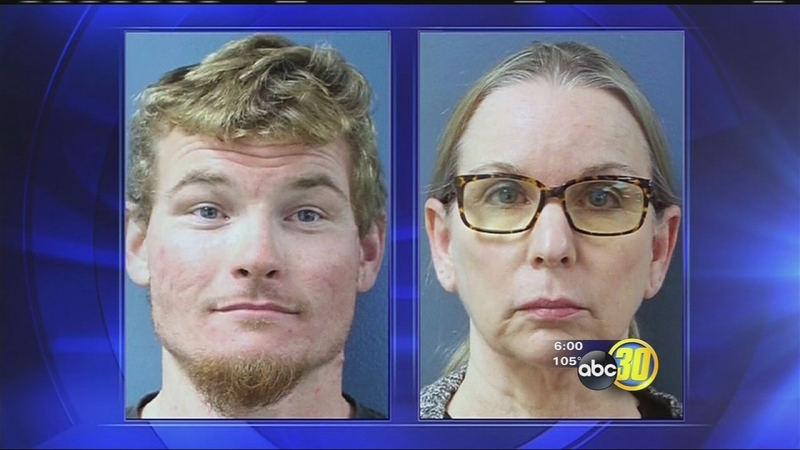 VISALIA, Calif. -- Visalia police said a home on the 4700 block of W Clinton has been operating a marijuana edibles business for more than a year. Police said Mona Stoner and her son Joshua Harris were running a company called "Stoner Mom's Edibles."

The Instagram account for Stoner Mom's Edibles is filled with goodies enticing to any foodie. But these are special sweets and munchies, each pretzel, chocolate, cookie, or candy has cannabis.

Sgt. Damon Maurice said, "It looked like a candy store you walk in with nice packaging what not so it's very sophisticated."

Sgt. Maurice with the Visalia Police Department says the pair were extracting honey oil in their home it's an incredibly dangerous operation.

"These explosions when they do occur they can be very large and cause lots of devastation," said Sgt. Maurice.

And what they were doing is illegal.

Sgt. Maurice added, "The law still is very clear that you cannot sell marijuana or any kind of hash oil."

That's why Stoner and Harris were arrested. Now they're facing felony charges of transportation and possession of marijuana for sales. Their website says it's under maintenance.

Meanwhile their neighbors are surprised. They say the family kept to themselves. And police are glad they arrested them before something bad happened.

Sgt. Maurice said, "In many cases these labs have caused explosions over time causing severe injuries if not death."

Mona Stoner and Joshua Harris will face charges for running that lab and conspiracy. A third person, Vaughn Harris, was also arrested, but he was cited and released.