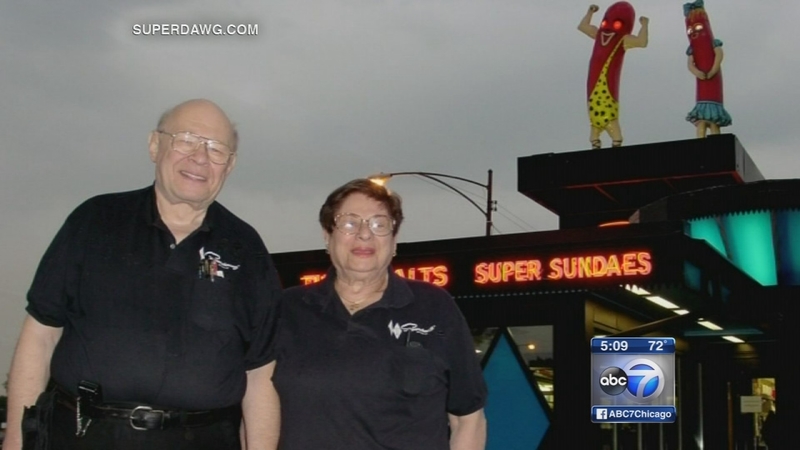 CHICAGO (WLS) -- The iconic Superdawg fast food restaurant in Chicago will close Tuesday for the funeral of its founder, Maurie Berman, who started Superdawg 67 years ago.

On Monday, his family and customers remembered the man who added Superdawg to Chicago hot dog lexicon. The restaurant, known for its Maurie and Flaurie mascots atop the building, was Berman's passion, his children said.

"The yellowness of the mustard, the tartness of the relish, if the onions weren't right from one grower, he would get them from a different grower," said son Scott Berman.

Maurie and his wife, Flaurie, started the business in 1948, overseeing every detail - from the building design to the food.
Staffers at Superdawg, which only closes for three holidays out of the year, plans to pay their respects Tuesday by attending Berman's funeral wearing their Superdawg golf shirts.

The restaurant was his passion and he was involved with business operations until he fell ill recently, his family said. He died at the age of 89 of heart problems.

On Monday, customers offered their condolences to his family.

And nothing has changed since the restaurant opened. Even a second restaurant in Wheeling has the same look.