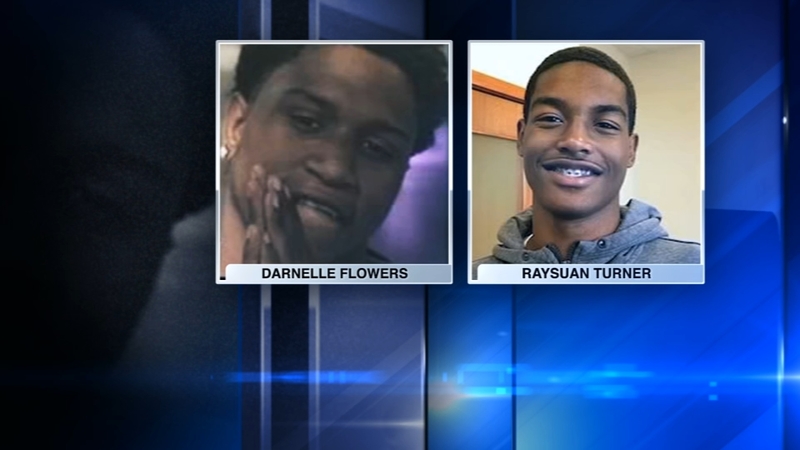 CHICAGO (WLS) -- Two teenagers were found shot to death Sunday night in a field on the Far South Side and two persons of interest are being questioned, Chicago police said.

The two teenagers, 16-year-old Raysuan Turner and 17-year-old Darnelle Flowers, were found dead at about 11:57 p.m. in a field on East 131st Street between Eberhart and Rhodes avenues after being reported missing days ago.

Sunday afternoon, a search party was formed to help look for them, the boys mothers helped with the search.