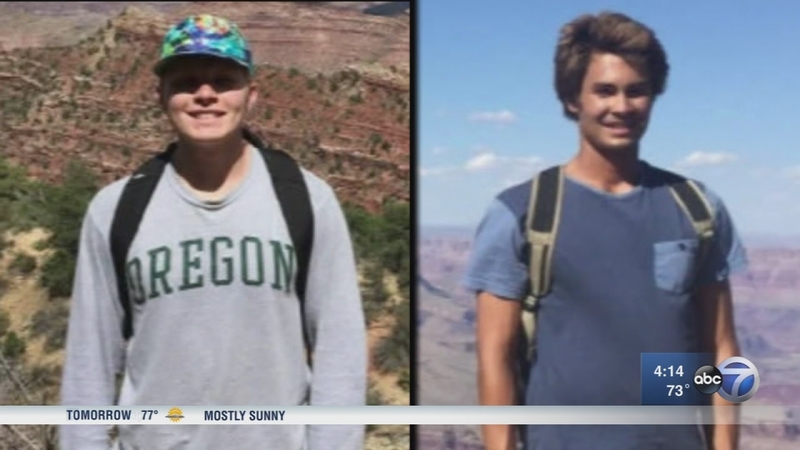 GRAND CANYON, AZ. -- Reese McMichael and Rowan Fitch, both 18, were on a cross-country road trip to start college when they decided to take a hike in the Grand Canyon - and got a crash course in survival skills instead.

After a wrong turn off a trail in the park, the pair got lost with only one granola bar each and little water.

Faced with 100-degree heat and no cell reception to call for help, the pair quickly ran out of water and resorted to drinking from puddles to stay hydrated. They also rationed their granola bars, eating only a small piece each day.

The teens stayed in the shade, but made sure they could still be found by potential rescuers.

"We made a big sign with rocks at the base of the trail that pointed to where we were," Fitch said.

On the fifth day, a helicopter flew past and spotted them.

"I had this big life guard whistle," Fitch said. "I start, you know, blowing, and we're like waving branches and stuff."

Rescuers from the National Parks Service brought the pair to safety. They were dehydrated, but otherwise in good condition.