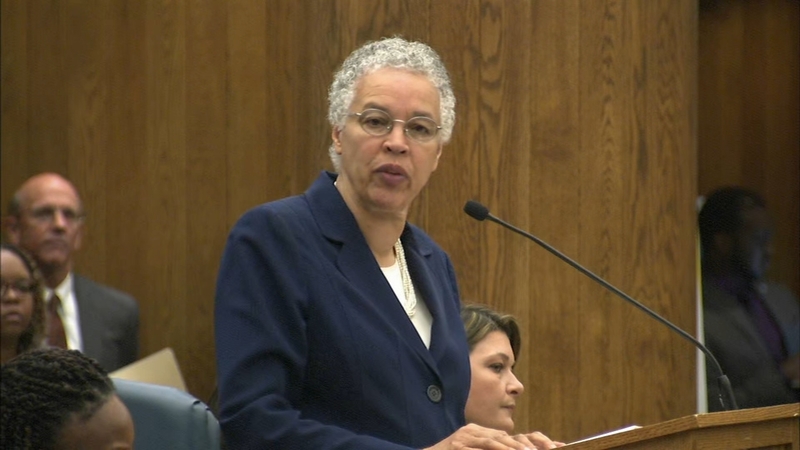 The county faces an $18.7 million deficit, the lowest since Preckwinkle took office in 2011. During her tenure, her office has reduced deficits by 96%.

Preckwinkle is closing the $18.7 million gap by a variety of expenditure reductions and projected revenue increases in the county's general fund and health fund. Healthcare and public safety make up 67% of the total budget. A bulk of the reductions come from eliminating close to 700 vacant positions for Cook County Health.

"We are doing this without the need to increase taxes, this has been possible because we have avoided quick fixes and one time solutions," Preckwinkle said.

While positions are not being filled on the health side, Preckwinkle is adding 265 jobs for the county's General Fund. Preckwinkle's former chief of staff, Cook County State's Attorney Kim Foxx, will get additional attorney positions to deal with expungements. Several new positions are slated for Cook County Circuit Court Chief Timothy Evan's office. To handle the growing number of property tax appeals, more personnel are being added to the Cook County Assessor's Office and Board of Review.

In terms of revenue, the budget does not include money expected from legalized marijuana, casinos and sports wagering. Because of slow roll outs from the state, revenue from those sources will not be factored in until 2021. While the 2020 budget is considered a good news budget, the future doesn't look so bright. Preckwinkle says the number of uninsured patients visiting Cook County's hospitals and clinics are on the rise.

"The tax and fees that have been implemented in the past 24 months produced a lot more revenue to the county than was originally let on," Cook County Board Commissioner (R) Orland Park Sean Morrison.