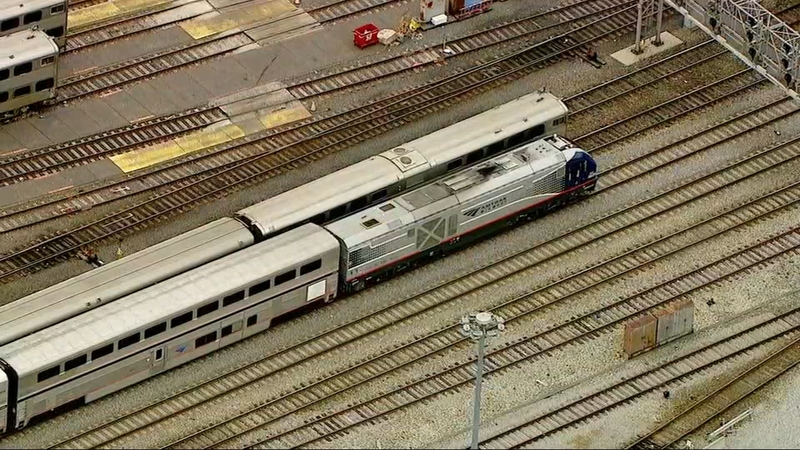 "The system is now in service to support the full schedule of Amtrak and Metra trains," Amtrak spokesman Marc Magliari said. "In addition, Amtrak will have additional crews on stand-by tomorrow."

Both Metra and Amtrak riders faced extensive delays throughout much of Thursday as crews worked to fix the station's computer system.

A communication issue between Amtrak's computer system and the signal switches at the station halted all train movement about 8:30 a.m., according to Magliari. All inbound and outbound service was initially stopped for about 90 minutes between Union Station and Western Avenue, affecting service on the Milwaukee District North, Milwaukee District West, BNSF, SouthWest Service and North Central Service.

Trains eventually resumed service - but they were only able to move in and out one at a time as the switch had to be manually operated, officials said.

An Amtrak spokesperson provided an update on the situation at Union Station Thursday afternoon.

At an afternoon press conference, a Metra spokesperson said they were "at the mercy of Amtrak."

"Amtrak has publicly apologized to its own customers - and to Metra and its customers - for the outage," Magliari later said.

Trains were so backed up that Metra encouraged riders not to take trains at all, if possible.

Surge pricing went into effect on ride share apps in the Loop as commuters tried to find other ways home. A ride from Union Station to the Naperville Metra station cost $132 at about 5:30 p.m. Thursday. That ride at the same time tomorrow would cost about $67, according to the Uber app.

For commuters who did decide to try the trains, Metra suggested several alternate lines for riders whose regular trains are impacted:

Metra riders can always monitor service alerts on Twitter and on metrarail.com.

The root cause of the issue remains under investigation, Magliari said.