Dozens lined up to say goodbye as the train departed from West Chicago and stopped in Rochelle in Ogle County before heading to Iowa.

"It's powerful, it's scintillating," said Ileana Gomez, who came from Oak Park to see Big Boy off.

It was a thrilling sight for 8-year-old Kyle Jones, too, who was lucky enough to climb inside the engineer's cab.

Ed Dickens led a Union Pacific team on a two-and-a-half-year restoration project so #4014 could return to the rails. One of just eight "Big Boys" in existence, it originally carried freight in the 1940s and 50s - and is the only one still chugging.

"It's huge. 135 feet long, 7,000 horsepower," Dickens said. "It weighs as much as three conventional diesel locomotives."

The smells, sounds and sights of steam will be making their away across most of the Union Pacific system to celebrate the 150th anniversary of the Transcontinental Railroad's completion and reminding us of the wonder we can find by train.

You can track the steam locomotive as it moves through the Midwest by clicking here.
Report a correction or typo
Related topics:
travelwest chicagotrains
Copyright © 2020 WLS-TV. All Rights Reserved.
RELATED 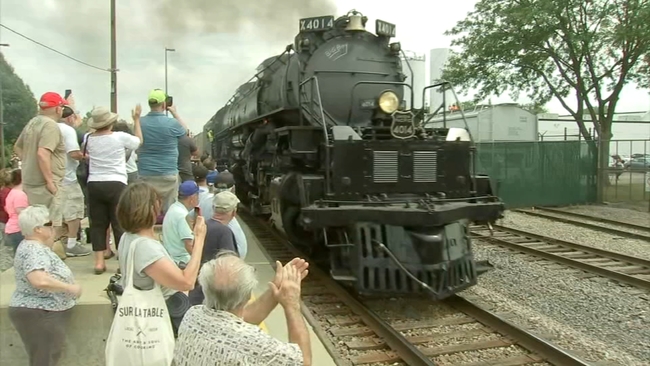 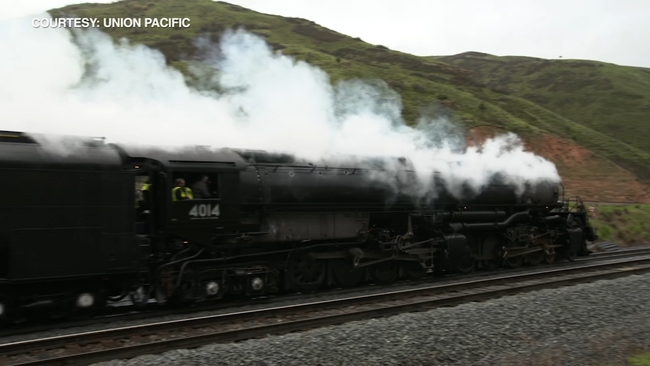