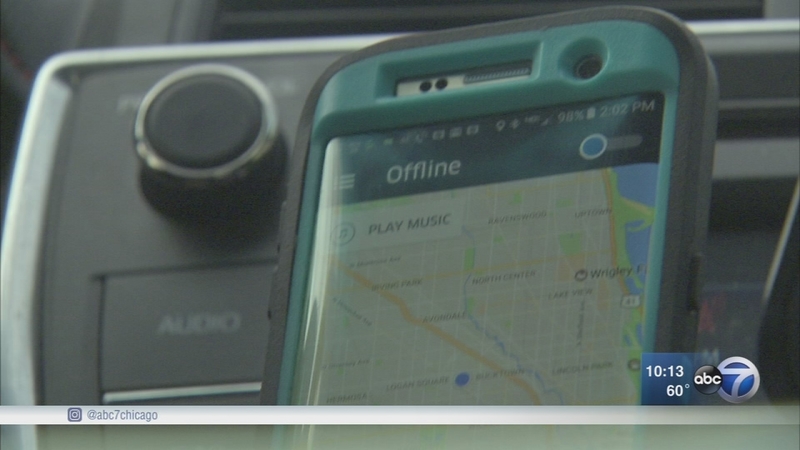 CHICAGO (WLS) -- The I-Team has uncovered a potential risk factor that could affect your next Uber ride. Some Uber drivers have come forward to say that one company "incentive" is making them tired on the road.

One expert said they are concerned about Uber driver fatigue, because the incentive encourages Uber drivers to cash in and make a small bonus if they accept more rides.

Critics say there is a potential Uber ride risk for driver to rack up too many trips in a limited amount of time, or spend a dangerous amount of time on the road.

"When you are fatigued your reaction time is different from when you are well rested," said an anonymous Uber driver.

That Uber driver asked the I-Team not to share his face or name in fear of losing his job. But he shared many eye-opening screen shots with the I-Team, showing the risky incentives.

Another Uber driver was asked about that 55 ride incentive:

That driver said it is much easier to reach that number if all of the trips are short and downtown, but that scenario, both drivers say, is rare.

Under City of Chicago regulations, ride share drivers are allowed to operate 10 hours in a 24 hour period, cab drivers no more than 12 consecutive hours in a day.

Camden said long hours can be risky, but what really concerns her is that golden number of 55 trips.

Knowles: "And a magic threshold number could be dangerous?"

Camden: "Could be very dangerous. Because it may encourage them to take one or two more fares beyond the point that they should be out on the road."

Riders who spoke to the I-Team said they were also worried.

"Hopefully no one is taking on more work than they can handle, and I don't think safety should be compromised under any circumstances. So if that's the issue, I guess I'm against it," said Stephen Powell, an Uber customer.

"That might put pressure on their driving; they might be speeding a lot more; they might be... you know, breaking some rules," said Simona Briaukus, another Uber customer.

In a statement, Uber told the I-Team the program is reasonable after surveying their drivers:

"On average, our drivers operated on the app for seven hours per day to earn these incentives. We appreciate hearing from drivers as two-way feedback is core to our business, and we are constantly adapting and investing in new technology and safety features designed to best serve the needs of riders and drivers in Chicago."

Lyft also sent the I-Team a statement on Monday:

"Lyft takes driver and passenger safety incredibly seriously, and we want drivers to be as rested as possible out on the road. Drivers in Chicago may not operate for more than 10 hours within a 24 hour period, and the Lyft app requires a break if that threshold is reached. I would note that 82% of Lyft drivers drive fewer than 20 hours a week and are using Lyft as a flexible way to make ends meet as a complement to their current job or to fill the gap between jobs."

But the first anonymous driver maintained the rewards are a risk, and said some ride share drivers can also go over the limit if they drive for both ride share companies.

"You've got drivers who drive for Uber and Lyft, when Uber has a reason to take Uber off the road, they just start driving for Lyft immediately," he said.

Uber said they message drivers who exceed the 10 hours-per-day law with a reminder and then take some serious action if the problem continues.