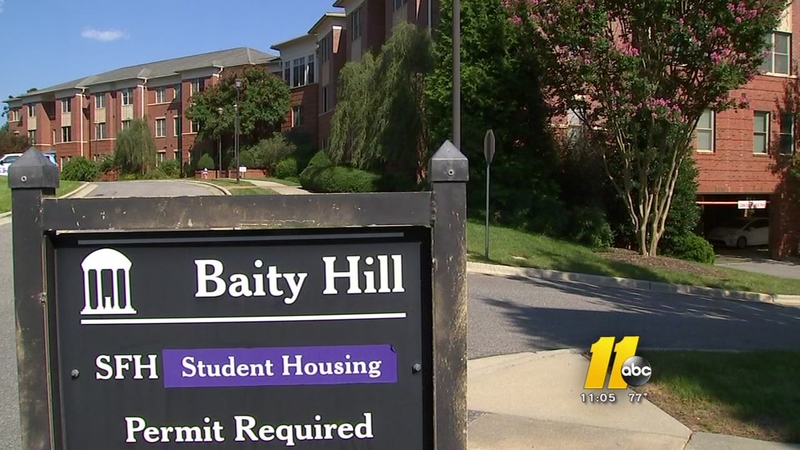 On Monday, authorities named the boy's mother, 34-year-old Ebony Oluwasegva, as a suspect in the case.

The incident report lists Victor Oluwasegva, 32, as another person involved in the incident.

The violent episode happened in a single-family UNC housing residence Sunday about 12:10 a.m.

Police said a knife was used in the attack.

The two people injured were the parents of the child, UNC Police said.

The child's father was described as a UNC graduate student.
Police did not immediately release details of the attack, telling ABC11 only that "a suspect is currently receiving medical treatment." However, 911 calls reveal that the child's father made the emergency call, and he told dispatchers that his wife stabbed him repeatedly while he was asleep. Victor Oluwasegva told the dispatcher that he was stabbed in the head and face.

A neighbor said the incident happened on the first level of the apartment building.

Jessica Dyer said she is disturbed that a child died just steps from her home.

I'm a little bit on my toes," she said. "We have two kids, and I always felt safe here so to know something happened next door in a really safe environment is pretty scary."
She said she and her children were awakened by flashing lights and sirens.

"I heard it at about midnight," Dyer said. "Fire trucks pulled up, and I just assumed it was a fire alarm."