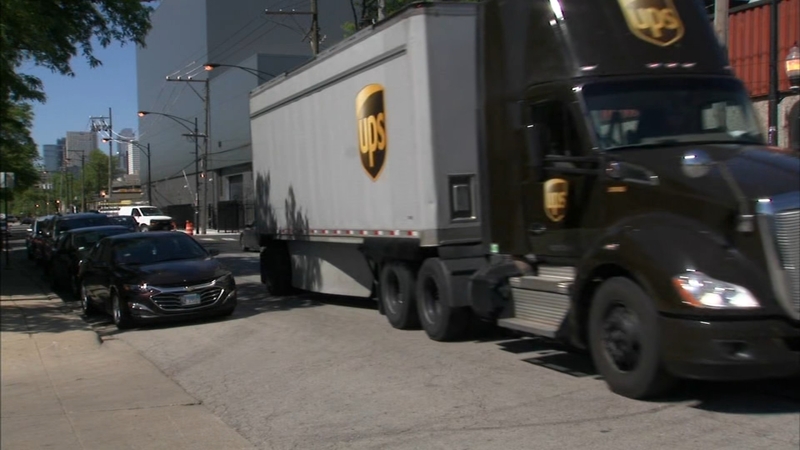 CHICAGO -- Long lines formed outside of the UPS customer center in the South Loop Monday night.

People came by the dozen and waited for hours.

"An hour and a half for one package" said Jazmyn Jefferson, a Bronzeville resident.

Many waited in line to pick up packages full of medicines and other essential items that they said just never came.

"They were saying due to the rioting and the looting they were not going to deliver the packages, so we had to come here to get them delivered," Jefferson said.

UPS told ABC-7 that the company has had service delays in Chicago, and nationwide due to the ongoing protests and road closures.

State Police also closed ramps to and from Interstates.

UPS said that as of Monday night, delivery of essential items like medications are the top priority.