UPS driver robbed at gunpoint on South Side 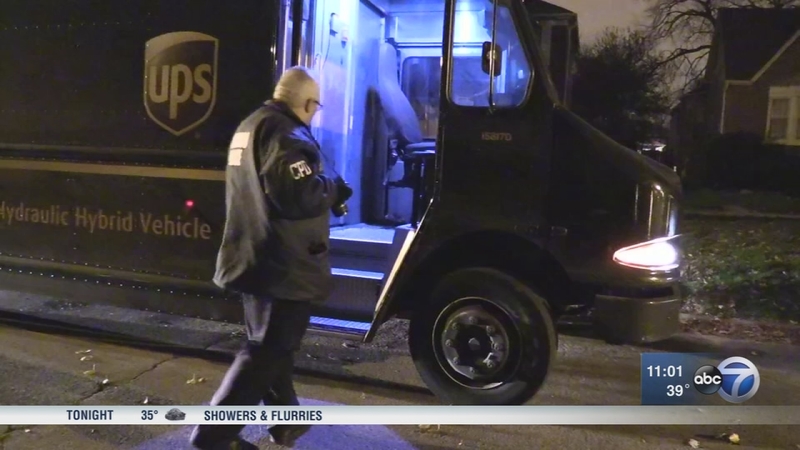 UPS truck robbed on South Side

CHICAGO (WLS) -- A UPS driver and a FedEx driver were targeted by robbers in separate incidents Wednesday on Chicago's South Side.

Police said the UPS driver was approached around 8:50 p.m. by two men with a gun in the 8500-block of South Prairie Avenue in the city's Chatham neighborhood.

Residents who witnessed the robbery said one of the thieves put a gun to the delivery driver's head and the other stole packages from the UPS truck. Afterward, both suspects ran. The driver was left shaken up, but not hurt.

UPS issued a statement Thursday regarding the robbery, which said its driver is OK and the safety of their employees is the company's primary concern. UPS would not disclose the safety protocols they will put in place in light of the crime.