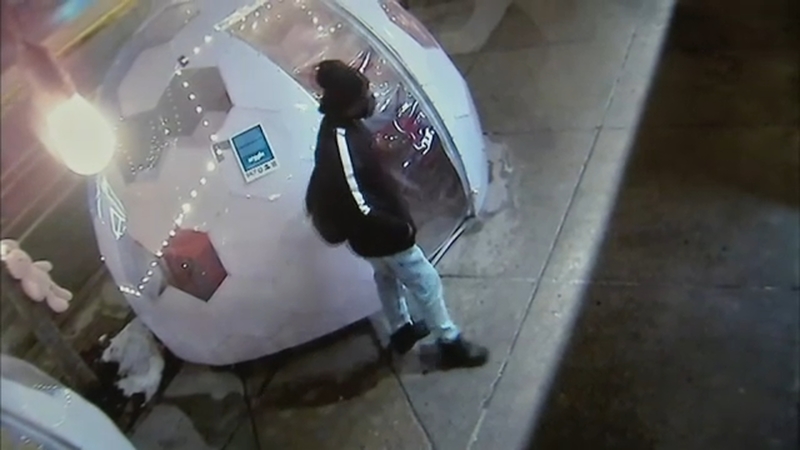 CHICAGO (WLS) -- Surveillance video shows one of several recent burglaries targeting businesses in the city's Uptown neighborhood. At least five businesses, many of them restaurants, have been broken into.

Immm Rice and Beyond on Broadway opened in Uptown six years ago and has been burglarized three time, most recently early Monday morning.

Surveillance video shows a man wearing a mask running in after breaking the window and heading straight for the cash register.

"He just came in, spent 15 seconds at the register, but luckily I leave my register open so once he started, he knew already I didn't have any money for them," said Dew Suriyawan, owner of Immm Rice and Beyond.

However, the owner says the suspect did find some money hidden under the register, then ran off. This is at least the fifth burglary in Uptown in less than two weeks.

The crimes have taken place mostly at Asian restaurants on Broadway, Argyle and Sheridan.

Police issued a community alert that states the suspect usually throws a brick or kicks in a window and goes straight for the cash register.

"For us to replace our window is more expensive than whatever they took," Hoang said.

48th Ward Alderman Harry Osterman said his office will be meeting with business owners to discuss ways to increase safety in the neighborhood.

"But it's very difficult for these small business owners who have really worked to get through the pandemic and stay open when, you know, someone literally throws a brick through their window," Osterman said.

In the meantime, Suriyawan is determined to keep his business going - but is frustrated.