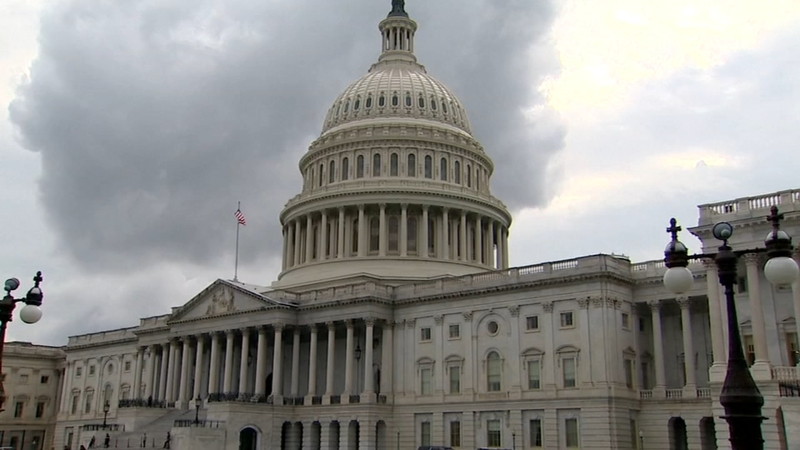 CHICAGO (WLS) -- A chilling threat from militia groups to "blow up the Capitol" is now on the table even as federal law enforcement agencies are still trying to identify and arrest several hundred suspects in the first attack on the heart of American government that occurred January 6.

The revelation that authorities have knowledge of a new bombing plot targeting the Capitol came during testimony from acting U.S. Capitol Police Chief Yogananda Pittman.

The same insurrectionists responsible for the January 6 attack now want to "kill as many members as possible" during President Joe Biden's upcoming State of the Union address to a joint session of the Senate and House. While a date for that speech hasn't been announced, Pittman said the bombing scheme is why a razor wire perimeter, heavily armed security officers and other fortifying enhancements around the Capitol building have not been removed even though the takeover attack occurred more than seven weeks ago.

"We know that members of the militia groups that were present on January 6 have stated their desires that they want to blow up the Capitol and kill as many members as possible with a direct nexus to the State of the Union, which we know that date has not been identified," acting chief Pittman told House committee members on Thursday during a hearing on security failures that doomed day in early January.

"We know that the insurrectionists that attacked the Capitol weren't only interested in attacking members of Congress and officers," she said. "They wanted to send a symbolic message to the nation as to who is in charge of that legislative process."

Complicating the government's mission to prevent such a bombing threat is the fact that there are at least 250 suspects still on the loose, according to the FBI.

Federal agents are circulating pictures of the unidentified men and women who were seen in and around the Capitol on January 6, a photo array aimed at trying to put names on the faces. Some of the most-wanted individuals are depicted wearing tactical outfits including body armor and shields, others are adorned in Trump paraphernalia, a few are pictured with makeshift weaponry clashing with police.

The FBI is currently looking for more suspects than have been arrested. Two hundred fifty people are currently facing charges linked to the Capitol siege.

According to the Program on Extremism at George Washington University, where researchers have been tracking Capitol attack cases, those arrested have come from across the country. Court records show those charged come from 40 states and DC, including at least five from Illinois.

"Cases have been brought against 215 men and 35 women," the extremism project has found. The average age of those who have been charged is 39 years old.