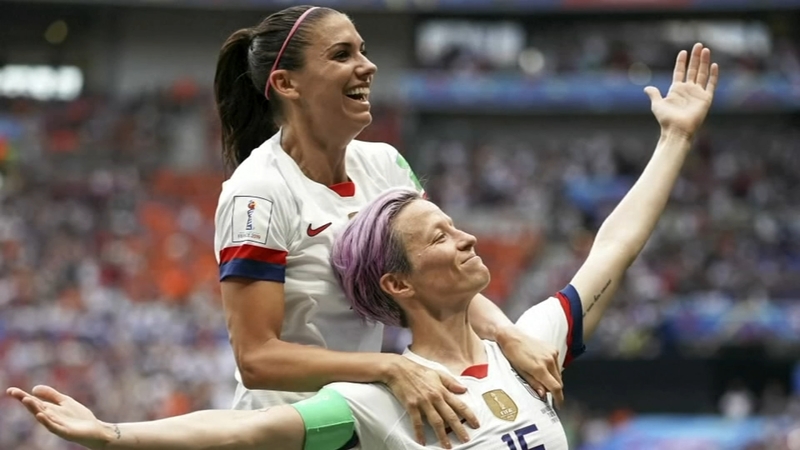 CHICAGO (WLS) -- After a six-year legal fight, players from the United States women's national team have reached a $24 million settlement with the Chicago-based U.S. Soccer Federation.

The Chicago Red Stars have several players who are part of the equal pay lawsuit.

"I tip my hat to the players who had the courage to file the lawsuit and fight for equity for themselves and for future generations," said Vicky Lynch, the chief business officer for the Chicago Red Stars.

USSF is also committing to equal pay going forward for the women's and men's national teams.

"We fought for a long time to make sure that women are getting the equity they deserve and I think this is just a huge step forward in that progress," Lynch said.

Veronica McAllister owns Women's Sports Chicago, an organization focused on giving women of all ages a chance to participate in recreational sports. She also plays soccer.

"I have been following the women's national team, Megan Rapinoe and all those ladies for a really long time and they deserve it," she said.

"The women's national team inspired me to start my company. They gave me the courage to do that," she said.

"Every sector women are being paid less than men for the same type of work," said Christina Córdova-Herrera, the communications director for the Chicago Foundation For Women.

Corinne Kodama, a policy analyst for Women Employed, said the average woman makes 83 cents for every dollar a man is paid.

"If you look at women of color, the gap is wider," Kodama said.

Advocates want people to think about the women in professions who don't have a large platform to raise awareness about pay inequities.

"That's why it is important to have organizations like Women Employed who can advocate for so many women who don't have that same kind of power," Kodama said.