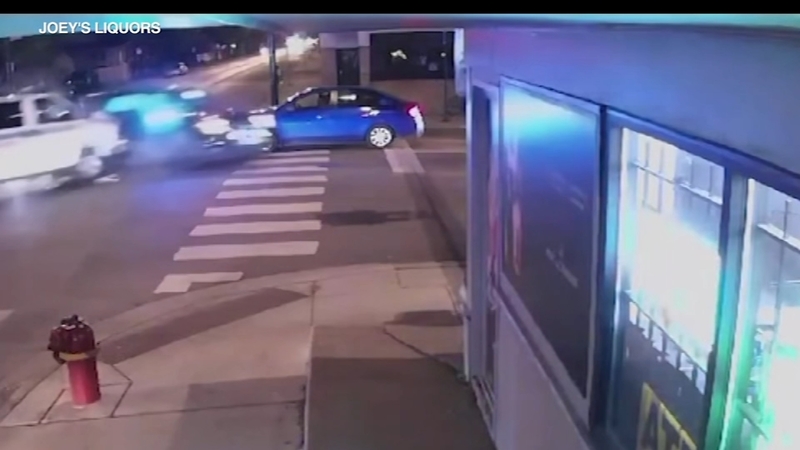 CHICAGO (WLS) -- Surveillance video obtained exclusively by The Associated Press shows two fast-moving Chicago police vehicles with their emergency lights on colliding at an intersection, then crashing into another car and killing an 84-year-old retired teacher.

The video was provided to the AP Monday by a lawyer representing the woman's family. It shows a police van going through a red light and striking another police vehicle. Both then slam into the family car, killing Verona Gunn and injuring three others.

Authorities have said the accident involved police vehicles and a civilian car, but couldn't say definitively who caused it because the investigation was ongoing.

In the days following the crash Gunn's family sought answers from the city and police.

"We need police, but we need policing that is responsible," Dwight Gunn, her son, said after his mother's death.

Gunn's family wrote a letter to the city calling Verona Gunn the "matriarch" of the family, a woman who spent 30 years teaching.

The city and Chicago police offered their condolences to the Gunn family in the days after the crash. When the family met with police privately they told us they were shown surveillance video of the collision. It wasn't immediately clear if that video was what the Associated Press obtained.

The Gunn family lawyer, Andrew M. Stroth, told the Associated Press that the police vehicles violated department rules that dictate officers responding to calls slow as they approach intersections to ensure they can proceed safely.

More information about the lawsuit is expected to be released Tuesday morning.