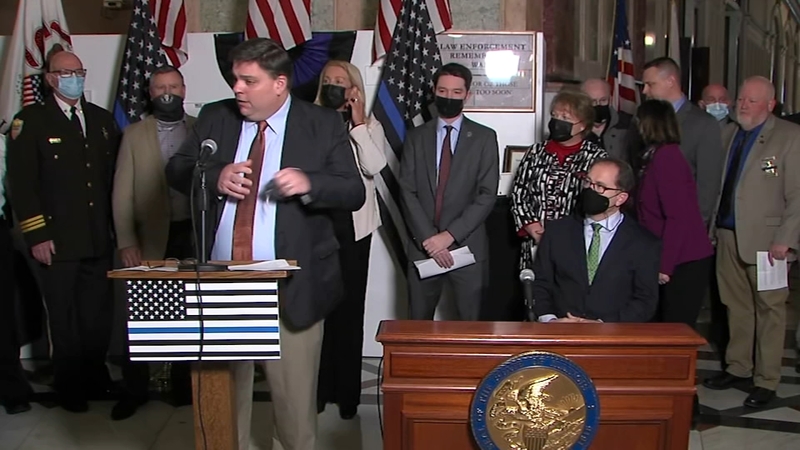 SPRINGFIELD, Ill. (WLS) -- Republicans gathered in Springfield Tuesday to call for some tough new laws to address the rise in violent crime, including carjackings.

Republicans proposing a two strikes and your out plan that would impose a 10-year mandatory sentences for those convicted of violent gun offenses, including aggravated carjackings and aggravated discharge of a weapon. The second offense would result in life behind bars.

"You know, I think there has to be more of a preventive measure and we've got to deal with reality, you know, locking everyone up and throwing away the key just simply isn't the answer," said State Sen. Kim Lightford, (D) Senate Majority Leader.

Senate Majority Leader Kimberly Lightford, herself a carjacking victim just before Christmas, said republicans are playing politics by reintroducing these measures in an election year.

"This is nothing new, just more of their false narrative to get in the headlines," Lightford said.

"But if they don't listen to us and they should at least listen to people throughout the state who are begging for an end to the violence," said State Sen. Dan McConchie, (R) Senate Republican Leader.

On the eve of his budget address, Governor Pritzker said that's something he'll look at.

"But you know I will say I think we've got significant investments in this budget that address the challenges that municipalities are having with crime," Governor JB Pritzker said.